UPDATE: And it isn’t good news. It looks like the Revolution is over. This makes me very sad; the show has continually improved in every way, every week, and has reached a level of excellence that made it Must Watch TV at my house. With all of the talent on screen and behind the scenes, I wish NBC had chosen differently. SciFi Mafia wishes everyone involved in the show the very best, and we can’t wait to see what you’ll be doing next.

As word of the 2014/15 TV schedule spreads throughout the land, we have heard very little from NBC about pickup, renewal, and/or (gulp) cancellation of Our Kind of Shows. The news we have heard, however, is excellent: not only have they renewed Grimm for another season (which we knew back in March), but they have picked up one of our Very Hoped For new series: Constantine.

From David S. Goyer (Da Vinci’s Demons, Man of Steel, the Dark Knight trilogy), it’s based on the comics series of the same name, about a supernatural detective, and stars Matt Ryan and – yay! – Harold Perrineau (Lost). Production company Warner Bros. Television was enthusiastic enough about it to release this great character pic that we posted back in March: 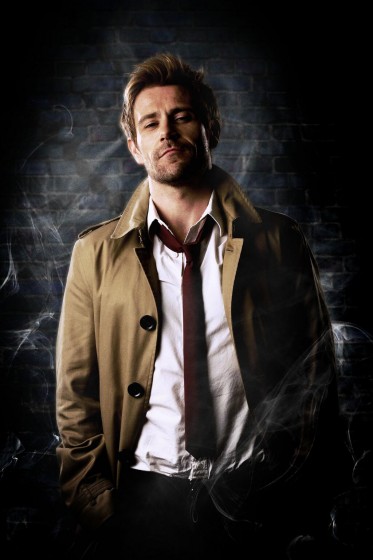 So here’s what we know so far from NBC, via Deadline; we expect to know much more once they have their Upfront presentation on Monday.

Picked Up to Series: Constantine