Just like a zombie, this season of The Walking Dead has moved along much more quickly than expected, and suddenly the finale is upon us. That’s right, the Season 4 finale of The Walking Dead airs this Sunday, so plan your weekend accordingly, including staying away from social media Sunday night if, like me, you live in a time zone that prevents you from watching at the same time as our friends in the Eastern, Central, and Mountain zones.

And because you are all so special to us, we at SciFi Mafia have decided to share with our readers an EXCLUSIVE screenshot from the finale, one you won’t (and better not) see anywhere else (Photo Credit: Gene Page/AMC): 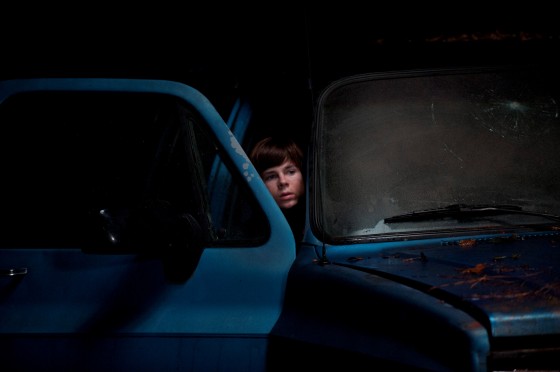 Uh oh. What is Carl up to now? The scamp. Seriously, whether it’s because I know a kid exactly like Carl or because he’s just that good, for me, Chandler Riggs has been continually excellent in his performance this season.

Here are two more shots, these released to the general (press) public, for your perusal: 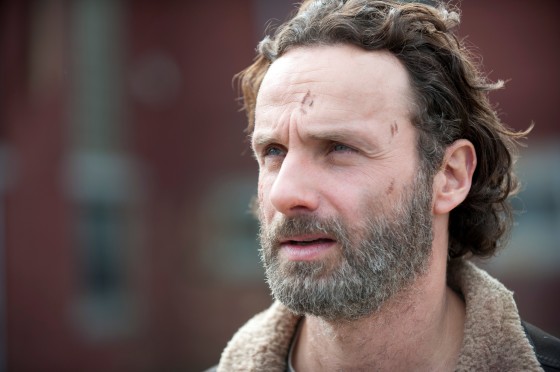 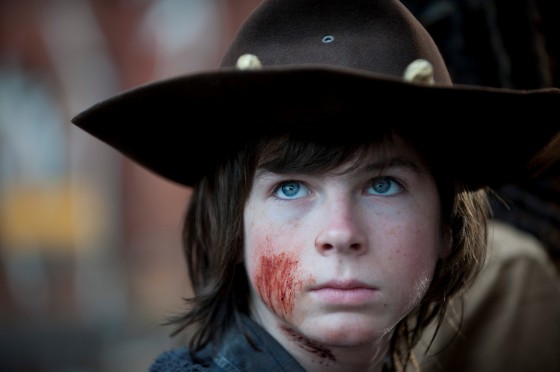 Isn’t it nice that AMC found unspoilerly screenshots for us? Because really, who wants to be spoiled? It’s only a few days away. If you do want to be spoiled maybe just a little bit, check out this brief synopsis:

As multiple paths collide, Rick comes face to face with sheer brutality. Will he and the group have what it takes to survive?

Bummer. I hope that isn’t a description of Terminus. We shall see.