To build on the release of Monsters University and the return of Billy Crystal, John Goodman, Steve Buscemi, John Ratzenberger, and Frank Oz as the Monsters we know and love from Monsters Inc., Walt Disney Animation Studios and Pixar have released a TV spot and a beautiful website that looks better than some actual college websites I’ve seen.

Monsters University – Imagine You at MU


There’s lots to poke around on at the site but my favorite is the option to finally buy the four-armed hoodie for those college monsters that have always had to squeeze those extra arms into our standard two armed hoodies. ABOUT TIME. 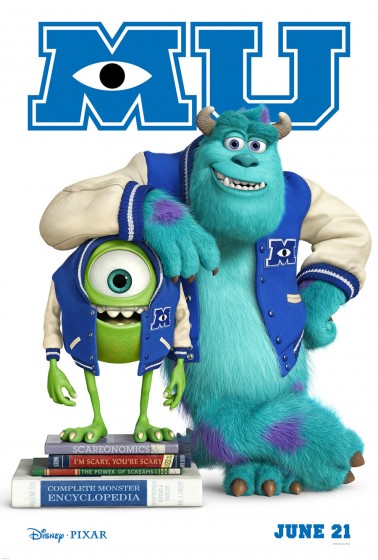 Mike Wazowski and James P. Sullivan are an inseparable pair, but that wasn’t always the case. From the moment these two mismatched monsters met they couldn’t stand each other. Monsters University unlocks the door to how Mike and Sulley overcame their differences and became the best of friends.

Screaming with laughter and fun, Monsters University is directed by Dan Scanlon (Cars, Mater and the Ghostlight, Tracy) and produced by Kori Rae (Up, The Incredibles, Monsters, Inc.).