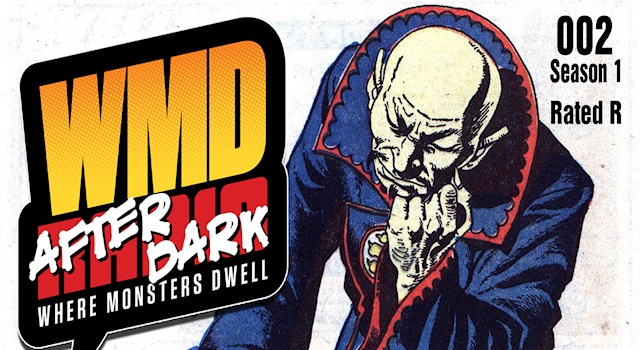 Didja catch last week’s premiere of WMD Radio After Dark? So excellent, what a great addition to our ear input! In case you missed all the news, Where Monsters Dwell is now WMD Radio, and that still airs at the usual time with the usual very wonderful guys–Remington J. Osborne, Brew, and Red Shirt Ryan (aka “Chemise Rouge” in French), and they’ve now added an extra half hour. Chemise Rouge is the moderator, and like they said, it’s kinda like Crossfire for nerds. Hey that’s us!

And this week–could it be? IT IS! Monster Mike returns to the airwaves! 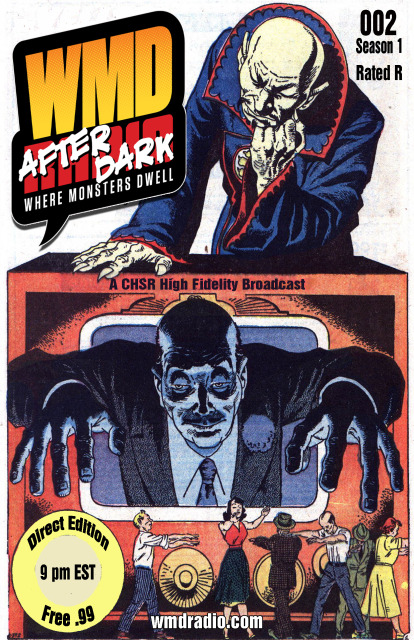 Once again, there are so many things to talk about in a week and just not enough time.

Or, maybe there is…

WMD After Dark is back again with another episode, and this week we are welcoming back one of the original monsters, Monster Mike Campbell!

Be sure to join us at 9PM EST / 10PM AST as we talk about all of the stuff Redshirt Ryan wouldn’t let us couldn’t cram into WMD Radio.

BUT FIRST, don’t miss this week’s WMD Radio, where they’ll be talking with Ryan Lee and talking about Hal-Con: 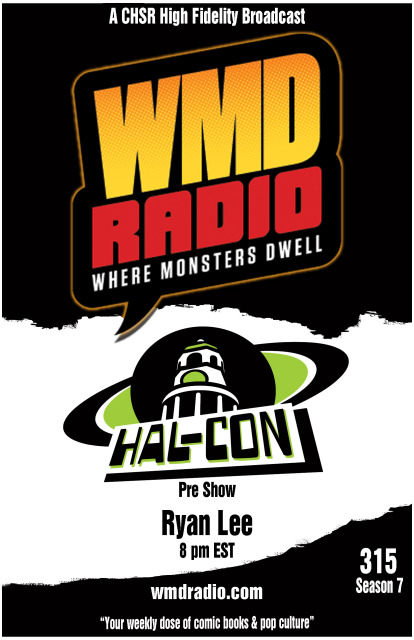 This week on WMD Radio, we’re getting ready to hit the road to Hal-Con. And we couldn’t have thought of a better way to do that then by having Ryan Lee on (Chronic Insomnia).

Ryan is about to hop a plane and join us in the Great White North, just in time to have us murder him in his sleep. (God I hope he’s not murdered in his sleep, otherwise it’s going to look real bad for us.)

Okay, if you HAVE TO, check back here or directly on wmdradio.com later to get the download. However you do it, listen to both!