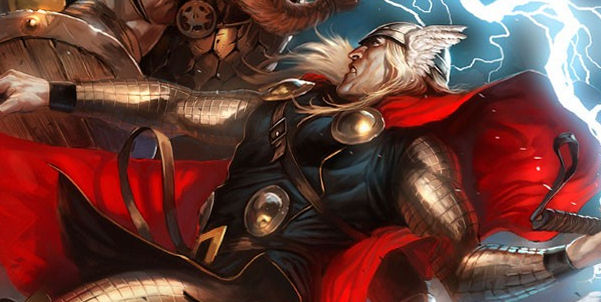 Paramount hasn’t sent out an official press release yet, but Production Weekly sent an update confirming that Marvel’s Thor movie, being directed by Kenneth Branagh, will start shooting in Los Angeles in January. The shoot will then move to Santa Fe, New Mexico from March until late April.

This epic adventure spans the Marvel Universe – from present day Earth to the mythical realm of Asgard. At the center of the story is The Mighty Thor (Chris Hemsworth), a powerful but arrogant warrior whose reckless actions reignite an ancient war. Thor is cast down to Earth and forced to live among humans as punishment. Once here, Thor learns what it takes to be a true hero when the most dangerous villain of his world sends the darkest forces of Asgard to invade Earth.