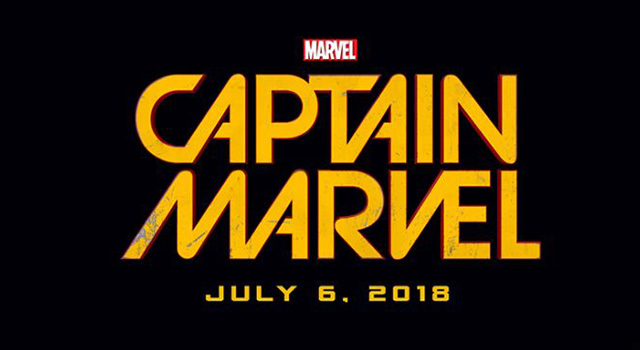 Marvel is letting DC Comics take the lead on the first solo female heroine film with Wonder Woman (starring Gal Gadot) coming out 2017. Marvel announced that their female lead film, Captain Marvel, will be released July 6th, 2018. I cannot wait to see how these two movies do. They are long overdue.

Carol Danvers flies onto the big screen with her own solo adventure!

The super heroine will make her debut in Marvel’s “Captain Marvel” on July 6, 2018, headlining the first female-led film from Marvel Studios. President Kevin Feige made the announcement at a special event revealing the full lineup of the Marvel Cinematic Universe’s Phase 3 at the El Capitan Theatre in Hollywood.


“This Captain Marvel’s name is Carol Danvers,” said Feige. “This film has been in the works almost as long as Doctor Strange or Guardians of the Galaxy before it came out, and one of the key things was figuring out what we wanted to do with it. Her adventures are very earthbound, but her powers are based in the cosmic realm.”

While we can’t say much more than that just yet, stay tuned to Marvel.com for the latest on “Captain Marvel” and the rest of the Marvel Cinematic Universe as it develops!

We’ll keep you posted on the latest for Captain Marvel which is slated to hit theaters July 6th, 2018.