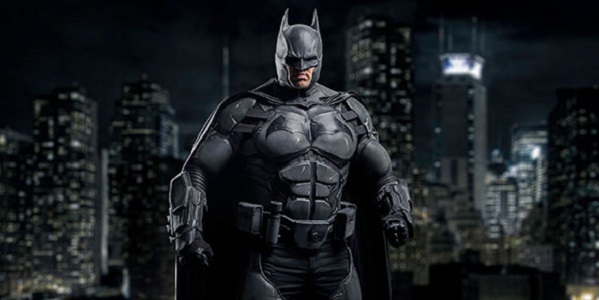 Meet Julian Checkley, the man who has officially rendered all our cosplay efforts invalid. Checkley, a lifelong cosplayer and movie effects professional, was recently awarded a spot in Guinness Book of World Records: Gamer Edition 2017 in the category for “Most functional gadgets on a cosplay suit.”

Of the 23 gadgets he has built for the suit you’ll find a lot of the usual suspects such as batarangs, bat-trackers, and a grappling gun, and a few genuinely inspired additions such as a fireball shooter that spits small bursts of flame from the gauntlet,  an ultra sonic anti-dog device, and an EMP stun gun.

Check out Julian’s story and read the full list of gadgets below.