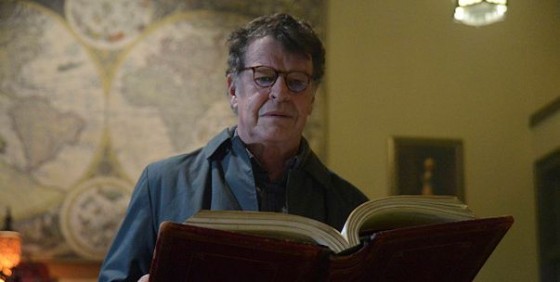 This is that tricky time of year when a lot of our favorite shows take a break until the new year, and Sleepy Hollow is no exception. Happily, though tonight’s episode is the last new one we’ll be seeing until January 13, we get the great bonus of another John Noble appearance as the Sin Eater. This is such a great show that adding in John Noble is almost gilding the lily, but we’re not complaining.

First up is a featurette about tonight’s episode, with star Tom Mison and executive producer Jose Molina (Firefly), followed by two clips:


The level of acting and chemistry and production of this show continues to be ridiculously good, and the break between tonight’s show and the next is not welcome. A quick programming note, though: after the new episode on January 13, Sleepy Hollow will air its final two episodes of the season (yes, it’s been renewed for a second season, don’t panic) back to back on January 20 starting at a special time, 8/7c. The SciFi Mafia Calendar has been updated for your reference.