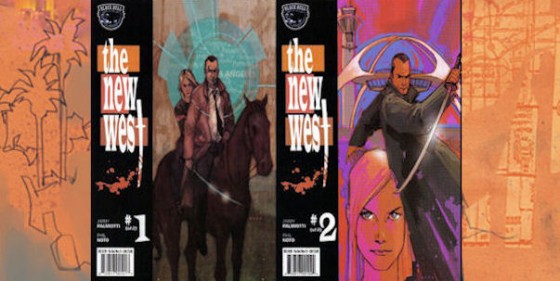 THR reports that Shamus, along with Chris Bender, JC Spink and Jake Weiner of Benderspink will produce the project based on the two-issue comic set in a near-future Los Angeles where an electromagnetic pulse bomb has causes all technology to stop working. In this hostile environment a disgraced former LAPD detective must rescue a kidnapped mayor with only a horse and a sword.

No production or release dates have been announced for The New West.