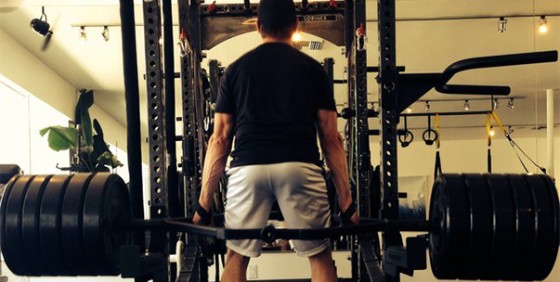 Jeremy Renner posted the above picture to his shiny new social media as he wraps his work on Avengers: Age of Ultron and begins prepping for Mission Impossible 5. Ouch indeed. Check out a few of his tweets below, some directed at MI5 cast mates Simon Pegg and Tom Cruise.

hey @TomCruise You ready for MI5??? Lunge it out! Let’s do this… #rennerlunge

You can catch Jeremy Renner as Hawkeye in Avengers: Age of Ultron in theaters May 1st, 2015.