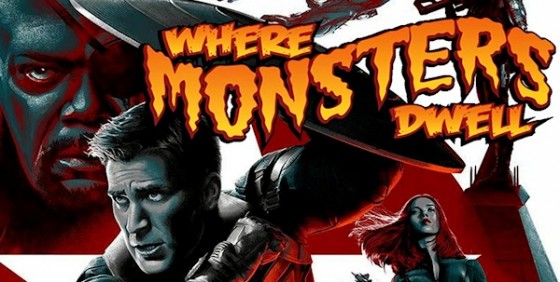 This week on our favorite comics radio show, the men of Where Monsters Dwell will be talking to their Senior Marvel Cinematic Universe Correspondent, Brent O’Hara, about Captain America: The Winter Soldier and what its shattering conclusion means for the MCU going forward, including the rest of this season of Marvel’s Agents of S.H.I.E.L.D. 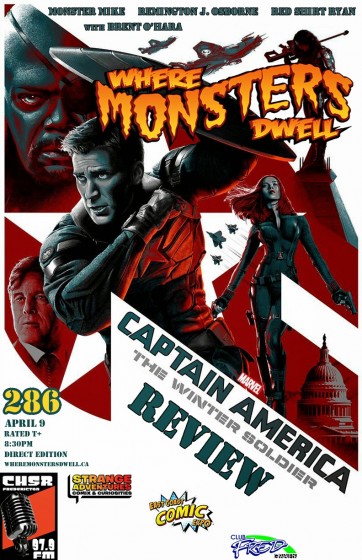 They’ll also be discussing the season premiere of Game of Thrones which kicked off to a great start. As always, we welcome you to participate in the show. If you have questions or comments for Brent O’Hara and/or hosts Remington J. Osborne and Monster Mike and producer Red Shirt Ryan, you can post it on their WMD Facebook wall or give the show a call during the broadcast at 506-452-6056 (yes, they’re in Canada).

If you do have to miss tonight’s live show, the guys are cool enough to post their shows as podcasts, so you’ll be able to listen to the show when it posts later this week, either from the Where Monsters Dwell website, or subscribe to the podcast on iTunes here. Thanks guys! By the way, if you’ve been having any issues with the podcasts, it was an issue with the host (no, not the guys, it’s a technology thing) that has been resolved, so everything should be available.