Highlights from the GAME OF THRONES Comic-Con Panel, Including Gag Reel and Pics

Game of Thrones brought a portion of its prodigious cast to Comic-Con once again this year, and once again the panel was epic. We were denied the attendance of Tyrion, Tywin, and Hodor, but we did at least get to say goodbye to three cast members… or is it only two? They were very cagey about whether The Hound was dead. Very cagey indeed.

The panel started off with the hilarious Season 4 gag reel, and we have it here for you now:


Here’s a look at the panel, starting with a visual answer to the question, “how many of you have read the books?”: 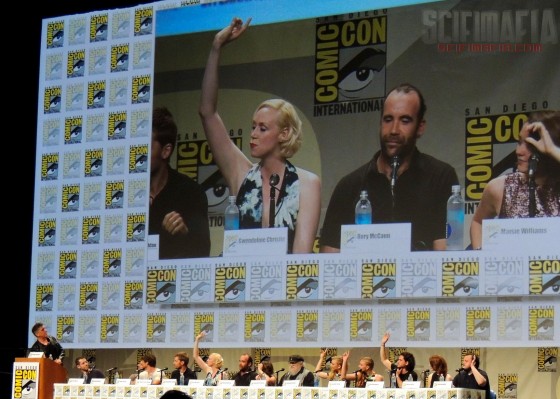 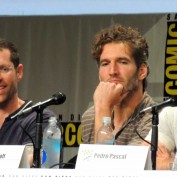 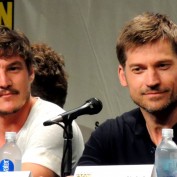 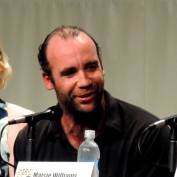 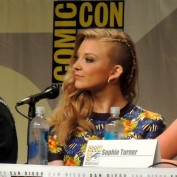 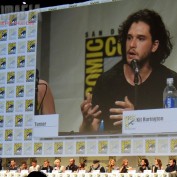 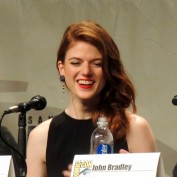 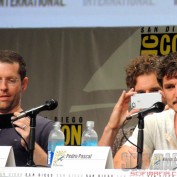 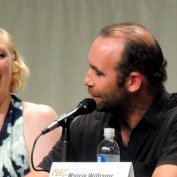 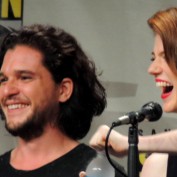 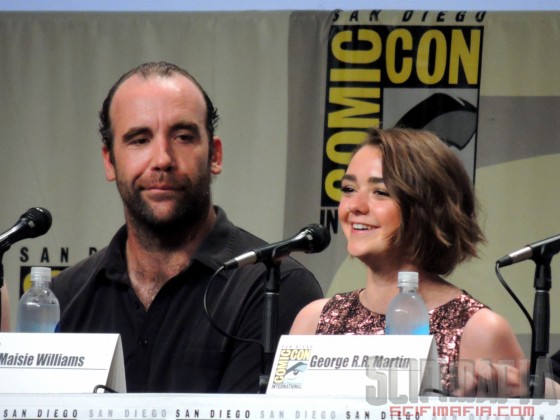 And here are the top nine things we learned during the panel, according to the series’ production diary:

1. The cast stays in character. Amidst much cheering, Rory McCann (The Hound) arrived on stage, cradling his ear and mimicked hobbling to his seat. Pedro Pascal (Oberyn Martell) came out holding his head and scrunching his eyes closed. Both entrances were wildly appreciated.

2. Jon Snow’s maternity came up. Benioff and Weiss told the story of a lunchtime meeting with author George R.R. Martin years ago. The lunch included a test: Who is Jon Snow’s real mother? and happily, the two answered correctly. Weiss obliged the audience by revealing it’s… “Mrs. Snow.”

3. Natalie Dormer and Sophie Turner would like their turn with swords. “I want to kill someone,” declared Turner (Sansa). Turner also admitted that her character’s dark turn was both “a relief” and “freaking awesome.” For her part, Dormer revealed that as someone who was really into swords, she was jealous of the actors who got to work with them, but acknowledged that Margaery has “proven to have other weapons.”

4. Expect more Stannis. Benioff and Weiss went rogue by teasing a small detail from the coming season: “He’s a fascinating character and we will be taking advantage of both the character and actor in the season.”

5. Someone still remembers Benjen Stark. A fan dressed as the missing first ranger wanted to know why no one seemed to be looking for him any longer. Deflected Weiss, “It was Kit’s idea, he said pointing at Kit Harrington (Jon Snow). “I got distracted,” said Harrington, pointing at Rose Leslie (Ygritte).

6. Sophie Turner thinks Sansa and Tyrion have power couple possibilities. “He was my other half,” said Turner, laughing. She rued that just as the two were starting to build a trusting relationship,”in the spirt of ‘Game of Thrones,’ they cut that off.” Should the pair come together in the future, however, Turner thought the combination could be like the new “Brangelina.”

7. Maisie Williams got cryptic. When a fan asked what it was like to play a character with so many shifting identities — Arya, Arry, etc., and Williams replied: “She is no one.”

8. Dragons vs. direwolves splits the panel. When the group was asked — by a girl dressed as Arya — “dragons or direwolves?” the answers were varied down the line. John Bradley said Sam’s friendship with Jon necessitated he pick direwolves while Rose Leslie and Gwendoline Christie went for dragons. The Starks and Snow — Maisie Williams, Kit Harrington and Sophie Turner each backed: “direwolves of course,” as did Natalie Dormer. George Martin demurred, as did Benioff and Weiss. For his part, Rory McCann bayed like a hound, and Pedro Pascal went with a snake. One twist: Nikolaj Coster-Waldau (Jaime Lannister) opted for a “direwolf … because they’re easier to kill.”

9. “The show is the show and the books are the books,” so spake Martin, addressing a recurring line of questioning including whether book fans should stop watching the show until the books catch up. “I encourage people to watch the show and also, for people to read the books. Reading books is good.” The author used his Scarlett O’Hara analogy from ‘Gone With the Wind’ to hammer the point home: “How many children does Scarlett O’Hara have?” Pointing out that she has three in the novel, and only one in the movie, Martin asked rhetorically, “What’s the true story? The answer is she has none. She never existed and is not a real person. That is the situation — the show is the show and the book is book.”

And finally, as they usually do, the panel finished off with a reel introducing the new Season 5 cast and characters. This year we’ll be getting some familiar faces, including Alexander Siddig (Da Vinci’s Demons, Star Trek: Deep Space Nine) and Jonathan Pryce (Pirates of the Caribbean: The Curse of the Black Pearl). See them and read the details about the characters below:

SAN DIEGO, July 25, 2014 – HBO has confirmed some of the new cast members for the fifth season of the hit series GAME OF THRONES, with many of them appearing in a video that was unveiled today at Comic-Con International: San Diego 2014.

Among the new actors and the characters they will portray are:

Alexander Siddig as Doran Martell. Doran Martell is the ruling lord of Dorne and older brother to the late Prince Oberyn Martell. Unlike his brother, Doran is even-tempered and deliberate. Now, all of Dorne waits to see how their lord will react to his brother’s death.

Toby Sebastian as Trystane Martell. Trystane Martell is Prince Doran’s son and heir to Dorne. His father betrothed him to Myrcella Baratheon as part of the alliance offered by Tywin Lannister, then Hand of the King.

Nell Tiger Free as Myrcella Baratheon. Myrcella Baratheon is officially the eldest child of Cersei Lannister and the late King Robert Baratheon, though in truth her father is Cersei’s own brother, Jaime Lannister. For years, she has been a guest and ward of Prince Doran, betrothed to his son, but her position has become tenuous with the death of Oberyn Martell, the Prince’s brother.

DeObia Oparei as Areo Hotah. Areo Hotah is the long-serving captain of Doran Martell’s palace guard, renowned for his loyalty and his longaxe.

Jessica Henwick as Nymeria (“Nym”) Sand. Nym Sand is the second eldest of the late Prince Oberyn’s bastard daughters. Her mother was an Eastern noblewoman who brought Nym up to be cultured, graceful and deadly with a whip.

Rosabell Laurenti Sellers as Tyene Sand. Tyene Sand is the daughter of the late Prince Oberyn Martell by Ellaria Sand, his final paramour. Tyene is fiercer than she looks, especially with her twin daggers.

Jonathan Pryce as the High Sparrow. A devout and pious man, the High Sparrow came to King’s Landing to serve those forgotten by much of the world – the poor, the downtrodden and the infirm – and quickly amassed a large following. His fellow believers have swarmed over the city, ministering to the lowest and decrying the corruption of the highest.

Based on the bestselling fantasy book series by George R.R. Martin, GAME OF THRONES is an epic drama set in the world of Westeros, where ambitious men and women of both honor and ill-repute live in a land whose summers and winters can last years. The Emmy®- and Golden Globe-winning fantasy series concluded its ten-episode fourth season in June, with the fifth season scheduled to launch in 2015.