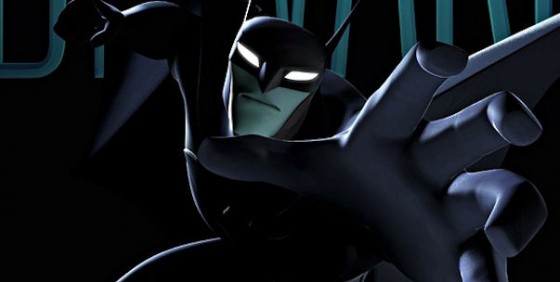 Cartoon Network has announced its new and returning shows for 2013, and there are some terrific looking shows coming our way. Unfortunately, two favorites are not on the list. More about that below. First the new programming, which includes a redesigned and re-imagined CG-animated special starring The Powerpuff Girls; two new action-adventure half-hour series based on heroes from DC Comics, Teen Titans Go! and Beware The Batman; and from LEGO, three quarterly installment specials of CG-animated  The Yoda Chronicles.

Here are the pertinent portions of the press release:

Steven Universe: Slated to debut in 2013, Steven Universe is a coming-of-age story told from the perspective of Steven, the youngest member of a team of magical Guardians of the Universe. The animated series was conceived as part of the shorts development initiative at Cartoon Network Studios, and is created by Emmy® and Annie Award-nominated writer and storyboard artist Rebecca Sugar (Adventure Time). Sugar is Cartoon Network’s first solo female show creator.

Teen Titans Go!: Featuring the return of Robin, Starfire, Raven, Beast Boy and Cyborg in all-new, comedic adventures, Teen Titans Go! will premiere in April 2013. Character-driven comedy is the order of the day as this new take on the superhero series focuses on the funny business that happens between saving the world and living together as teenagers without adult supervision. The series stars the principal voice cast from the original Teen Titans, and is produced by Warner Bros. Animation.

Beware the Batman: A cool, new take on the classic Dark Knight franchise, Beware the Batman incorporates Batman’s core characters with a rogue gallery of new villains not previously seen in animated form. Along with backup from ex-secret agent Alfred and lethal swordstress Katana, the Dark Knight faces the twisted machinations of Gotham City’s criminal underworld led by the likes of Anarky, Professor Pyg, Mister Toad and Magpie. Produced by Warner Bros. Animation, this action-packed detective thriller deftly redefines what we have come to know as a “Batman show.” Featuring cutting-edge CGI visuals, Beware the Batman, based on characters from DC Comics, is coming to Cartoon Network’s DC Nation block in Summer 2013.

The Powerpuff Girls Special: “Sugar, Spice and Everything Nice…plus a dash of mysterious Chemical X” were the essential ingredients that created Blossom, Bubbles and Buttercup—also known as The Powerpuff Girls. This groundbreaking and Emmy®-winning series, created by Craig McCracken, ran on Cartoon Network from 1998-2005 and will soar again as a brand-new, redesigned and re-imagined CG special coming in 2013 where the trio of pint-sized super heroines will be called upon to rescue not just the city of Townsville, but the USA and the world! Featuring an original song “I Wish I Was A Powerpuff Girl” performed by Beatles legend Ringo Starr, who also portrays Townsville’s most famous flamboyant mathematician, “Fibonacci Sequins,” this all-new original special comes from a powerhouse creative team featuring animation talent from around the globe including acclaimed director Dave Smith and award-winning art director Kevin Dart and is produced by Cartoon Network Studios in association with UK’s Passion Pictures. The special also features the original voice cast reprising their iconic roles and will premiere later this year.

The Yoda Chronicles: LEGO Star Wars returns in epic style with THE YODA CHRONICLES, a thrilling, funny and action-packed new LEGO Star Wars story told in three animated TV specials! Set in the “Prequel” Star Wars timeline, THE YODA CHRONICLES stars the one and only Yoda—the Jedi Master who has seen it all, done it all, and taught generations of Jedi Knights—in an all-new adventure. With the help of a fresh class of Padawans, Yoda leads the Jedi in a desperate fight to stop Darth Sidious and his minions from creating a new super-weapon that could crush the Republic and win the war for the forces of Evil.

But wait… what about Green Lantern: The Animated Series and Young Justice? GL:TAS showrunner Giancarlo Volpe tweeted this tonight:

He confirmed that they in fact did know about the cancellation before today’s press release and conspicuous absence of the show, but were asked to keep the news to themselves until the network issued the release. In the tiny bit of bright news admidst the bad for fans like me is that all 26 episodes will be aired; the next episode, scheduled to air this coming Saturday, is episode 20. Hopefully the same will be true with Young Justice.

As for Star Wars: The Clone Wars, the generally agreed-upon opinion is that it will be moving to Disney XD, one of the channels of Lucasfilm‘s new parent company.

[The Shakedown] – FINALLY Beware the Batman, we’ve been waiting for this for almost a year, back when we posted the teaser trailer and poster and were told that it was coming soon. It looks nicely noir. I’m a little disappointed that Teen Titans Go! is described as “character driven comedy” instead of action adventure along the lines of Young Justice, but I won’t judge without watching first. Likewise I’m concerned that The Powerpuff Girls will be undergoing a redesign. I love the original show, and have the theme song on heavy replay in my iTunes. But they’ve brought Ringo in! And “Fibonacci Sequins” as the town’s most famous flamboyant mathematician? Cannot wait. I’m further encouraged about Teen Titans Go! and The Powerpuff Girls because they’ve each brought back the original voice casts.

I mourn the demise of Green Lantern: The Animated Series and Young Justice. GL:TAS is beautifully animated and has an amazing score. The storylines are appropriate for kids but never silly, and Hal Jordan’s snark is pitch perfect. Young Justice has storylines that are a bit more dense and not completely easy to jump into, but I never mind a show offering a challenge, and there is nothing else currently on air that hits that exact level of sophistication, especially in superhero shows.

New shows, you have some big shoes to fill. We wish the best for all involved in the production of Green Lantern: The Animated Series and Young Justice and can’t wait to see what they will do next.