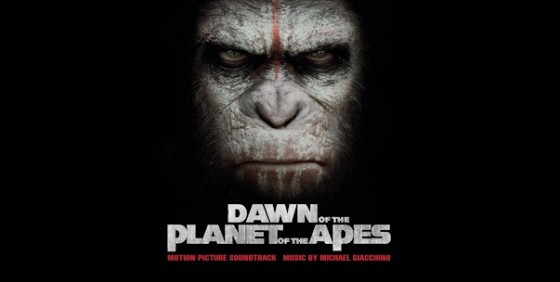 Sony Classical is pleased to announce the release of the original motion picture soundtrack of Dawn of the Planet of the Apes, composed by the Academy Award®-winning Michael Giacchino (Ratatouille, Up, The Incredibles). Directed by Matt Reeves, the film is the sequel to Rise of the Planet of the Apes (2011) and is the second time that Reeves and Giacchino collaborated following the romantic horror film Let Me In (2010). The soundtrack will be available digitally on July 8 and on CD on July 29.

The previous work of the prolific American composer Michael Giacchino includes scores for movies, television series and video games. Giacchino has received numerous awards for his work, including an Emmy®, multiple Grammys®, a Golden Globe® Award, and an Academy Award®. Giacchino majored in film production at the School of Visual Arts in New York City and studied composition at the Juilliard School. His early work on video games such as Medal of Honor and Call of Duty was followed by writing the music for the television series Alias as well as the award winning show LOST, which earned Michael an Emmy®.

His career in movies took off ten years ago with the commission to score The Incredibles, which garnered two Grammy® nominations in 2005 (Best Score Soundtrack Album and Best Instrumental Composition) for its lively, jazz-influenced orchestral sound. In 2008, Giacchino’s compositions for Ratatouille earned the Grammy Award® for Best Score Soundtrack Album and an Academy Award® nomination. In 2010 Giacchino received two Golden Globe Awards®, a BAFTA, and the Academy Award® for Best Original Score for his music for the movie Up. Giacchino’s other credits for film music include Mission: Impossible III, Star Trek and Star Trek Into Darkness, the latter two showing that he is no stranger to composing for science fiction. To his previous work in this genre, he now adds a full orchestral score for Dawn of the Planet of the Apes.

Michael Giacchino’s stated preference is for clear melodies and themes which he likes to combine with touches of atonality, while respecting previous compositions and reacting to the content of the movie. “I knew immediately that I wanted to acknowledge the experimental musical style which my hero Jerry Goldsmith chose for the original film by finding my own interesting sounds. Dawn of the Planet of the Apes is an extremely moving story about tolerance and how we deal with each other as a society … I knew we would have to treat that subtext with great respect and dignity. I hope that I have done so while also honoring Jerry’s original sound.”

About the movie
A nation of genetically evolved apes led by Caesar is threatened by a band of humans who survived the virus that devastated them ten years earlier. The fragile peace that they reach proves to be short-lived, when men and apes come to the brink of a war that will decide which species dominates Earth. Dawn of the Planet of the Apes stars Andy Serkis, Jason Clarke, Gary Oldman, Keri Russell, Toby Kebbell, and Kodi Smith-McPhee.

Here’s the link for the Dawn of the Planet of the Apes Original Soundtrack digital download for you to sample and to own: