Get Your First Look at Four of Disney’s DESCENDANTS 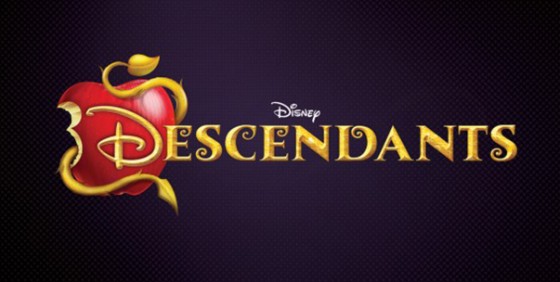 The Disney Channel has a new TV movie in the works called Descendants, about children of some of their most famous fairy tale characters, and this first look at a few of the offspring of Disney‘s biggest villains looks great. Here’s a synopsis for the movie.

In a present day idyllic kingdom, the benevolent teenaged son of the King and Queen (Beast and Belle from Disney’s iconic Beauty and the Beast) is poised to take the throne. His first proclamation: offer a chance at redemption to the trouble-making offspring of Cruella De Vil, Maleficent, the Evil Queen and Jafar who have been imprisoned on a forbidden island with all the other villains, sidekicks, evil step-mothers and step-sisters. These villainous descendants (Carlos, Mal, Evvie and Jay, respectively) are allowed into the kingdom to attend prep school alongside the offspring of iconic Disney heroes including Fairy Godmother, Sleeping Beauty, Rapunzel and Mulan. However, the evil teens face a dilemma. Should they follow in their nefarious parents’ footsteps and help all the villains regain power or embrace their innate goodness and save the kingdom?

In the picture below we have, top left, Booboo Stewart (X-Men: Days of Future Past) who plays Jay, son of Jafar (played by Maz Jobrani). Top right is Cameron Boyce (Jesse) who plays Carlos, son of Cruella de Vil (played by Wendy Raquel Robinson). Bottom left is Dove Cameron (Liv and Maddie) who plays Mal, daughter to Maleficent (played by Kristen Chenoweth), and bottom right is newcomer Sofia Carson as Evvie, the daughter of the Evil Queen (played by Kathy Najimy). 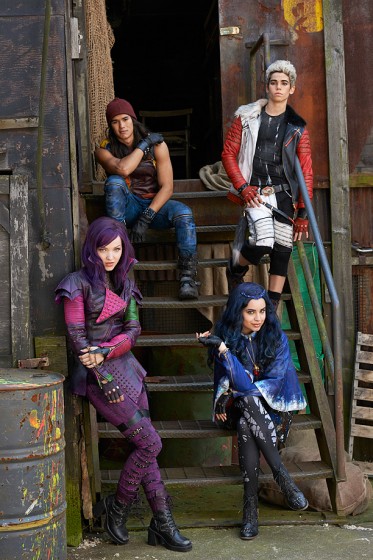 This film has a real Ever After High (an online cartoon/doll line that is based around the descendants of fairy tale characters) meets Sky High (Disney‘s TV movie about super hero descendants who find their own powers and decide to use them for good or evil) feel to it.

I’m sure we’re going to get many more promotional stills like this introducing many more characters, like Ben (played by Mitchell Hope), son of Belle and the Beast, Mulan’s daughter Lonnie (played by Dianne Doan), and more. We’ll be sure and keep you posted on the latest.