She was going to be Wonder Woman, remember? Back about three and a half years ago, when there was maybe going to be a Wonder Woman series? Ah well. She’s really going to be on your TV screen for sure this time, in a comics-based role, but not only is she not Wonder Woman, she’s on the wrong side!

Behold our first look at Adrianne Palicki as Bobbi Morse, aka Mockingbird, as the head of Hydra security(!) on Marvel’s Agents of S.H.I.E.L.D: 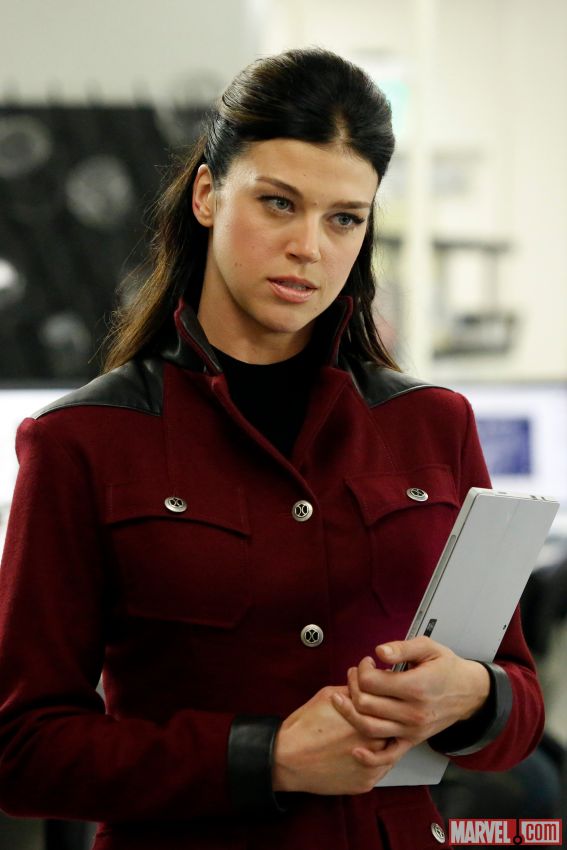 She looks like she’s maybe still mad about that Wonder Woman thing, and rightfully so.

Marvel.com isn’t giving any other details except that we’ll be seeing her “in a few weeks,” but she’s not listed as a guest star in the second or third episode, so we’ll have to wait a bit. We’ll keep you posted.