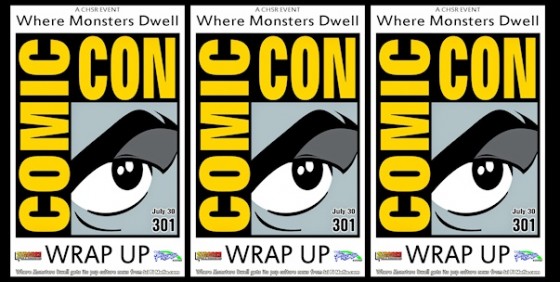 Tonight’s new Where Monsters Dwell live radio show just may be the can’t-miss show of the year. I am very much looking forward to what the guys have to say about all the news that gushed out of this year’s Comic-Con, which is their Topic du Jour. Yes, I was there, but I was in Hall H (or its line) pretty much the whole time, bombarded with info and awesomeness, but clearly missing announcements elsewhere. I can’t wait for it all to be sifted by our friends to the northeast. 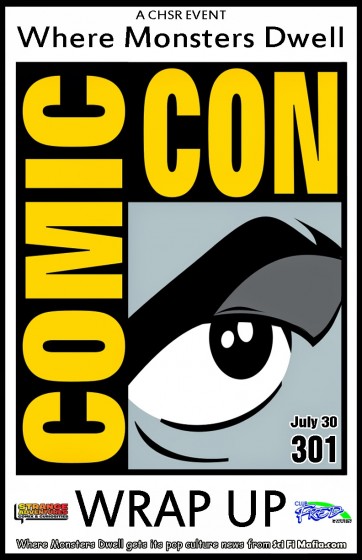 Also, hosts Remington J. Osborne and Red Shirt Ryan will be joined in studio by friend of the show Jamie Brewer. If you have a comment or question you’d like to share with the guys, you can post them on the WMD Facebook wall or give the show a call during the broadcast at 506-452-6056 (they’re in Canada).