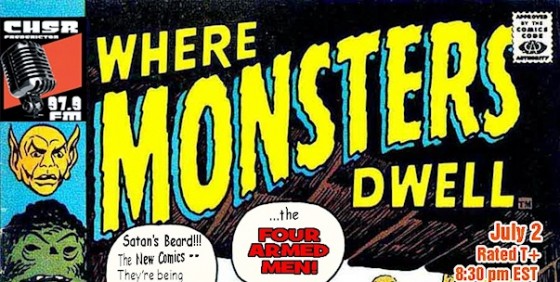 If you have even a passing interest in comics, I hope you’re catching the Where Monsters Dwell radio show every week. Hosts Remington J. Osborne and Monster Mike are completely entertaining, whether you’ve been hanging out at comic book stores since you were a tyke, or only know comics from what you’ve seen on TV and in the movies (yes, they talk about TV and movies too). 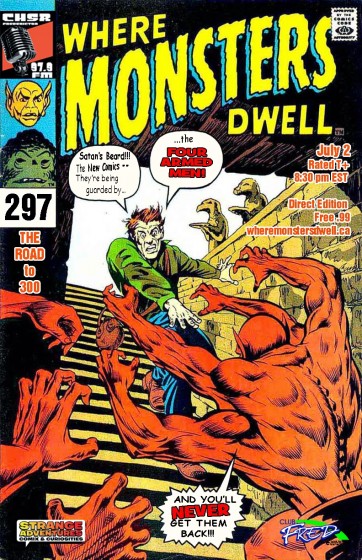 This week they’ll be chatting about the ton of great comics come out this week. Thor: God of Thunder, Sheltered, Nailbiter, Southern Bastards, Daredevil, Rocket Raccoon and more.

Also, Transformers took all of the money at the box office this weekend, in spite of what the guys said about the movie franchise last week, and Mark Waid heads back to BOOM! Studios for a new creator owned project. So much to talk about.

Besides, as they close in on their 300th episode, you don’t want to be one of those people that jumps in to a big anniversary show without any listening history. Get on board, friends. And did I mention that they’re hilarious? Because they are.

As always, the guys welcome participation in the show. You can post any questions or comments you may have on the WMD Facebook wall or give the show a call during the broadcast at 506-452-6056 (they’re in Canada – as you’ll know when you listen, and hear them say “about”).