Get the Details on Syfy’s KRYPTON, HAPPY! and NIGHTFLYERS 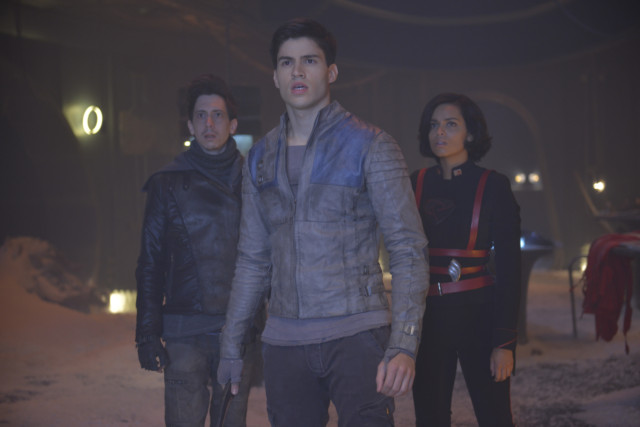 Here’s some more info on those upcoming Syfy shows — the Superman prequel Krypton, shown above, the adaptation of graphic novel Happy!, and the adaptation of George R. R. Martin‘s novella Nightflyers — via Syfy‘s press release:

“SYFY is partnering with the biggest names in the business to tell the boldest stories in the sci-fi world, and I can’t think of any bigger and bolder than KRYPTON, HAPPY! and NIGHTFLYERS,” said Chris McCumber, President, Entertainment Networks, NBCUniversal Cable Entertainment.

KRYPTON
Set two generations before the destruction of the legendary Man of Steel’s home planet, KRYPTON follows Superman’s grandfather (Cameron Cuffe, “The Halcyon”) — whose House of El was ostracized and shamed — as he fights to redeem his family’s honor and save his beloved world from chaos. Based on DC characters, KRYPTON is from Warner Horizon Scripted Television and is executive produced by David S. Goyer (“Man of Steel,” “Batman v Superman: Dawn of Justice,” “The Dark Knight” trilogy) through his Phantom Four banner. Damian Kindler (“Sleepy Hollow”) will serve as executive producer and showrunner.

The pilot teleplay was written by Goyer and Kindler, from a story by Ian Goldberg (“Once Upon a Time,” “Terminator: The Sarah Connor Chronicles”) & Goyer, with Colm McCarthy (“She Who Brings Gifts,” “Peaky Blinders”) serving as director and co-executive producer. KRYPTON is based on characters created by Jerry Siegel and Joe Shuster, published by DC. 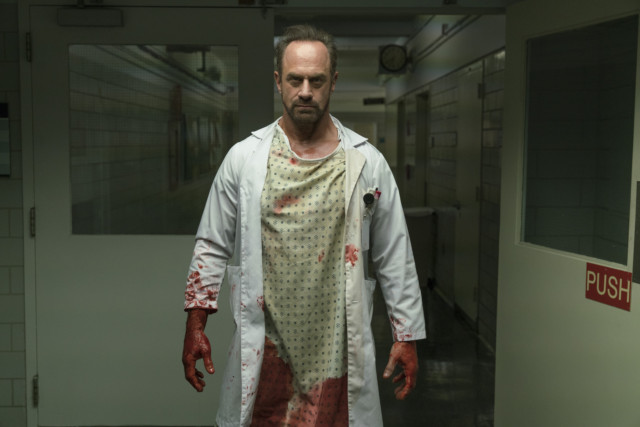 NIGHTFLYERS
SYFY and Universal Cable Productions are developing a supernatural thriller based on author George R.R. Martin’s (“Game of Thrones”) epic novel NIGHTFLYERS. Set in the future on the eve of Earth’s destruction, a crew of explorers journey on the most advanced ship in the galaxy, The Nightflyer, to intercept a mysterious alien spacecraft that might hold the key to their survival. As the crew nears their destination, they discover that the ship’s artificial intelligence and never-seen captain may be steering them into deadly and unspeakable horrors deep in the dark reaches of space.

NIGHTFLYERS joins previously announced high-profile projects in development at SYFY including BRAVE NEW WORLD, a scripted series based on one of the most influential genre novels of all time, with Steven Spielberg’s Amblin Television; HYPERION, based on Dan Simmons’ Hugo Award-winning bestselling novel, which is being developed with Oscar®-nominated producer Bradley Cooper (“American Sniper”), Oscar-winning producer Graham King (“The Departed,” “Argo”) and Todd Phillips (“The Hangover,” “Old School”); and STRANGER IN A STRANGE LAND, based on the groundbreaking science fiction novel by Robert Heinlein. BRAVE NEW WORLD and HYPERION are from Universal Cable Productions, while STRANGER IN A STRANGE LAND is a co-production between Paramount Television and Universal Cable Productions. 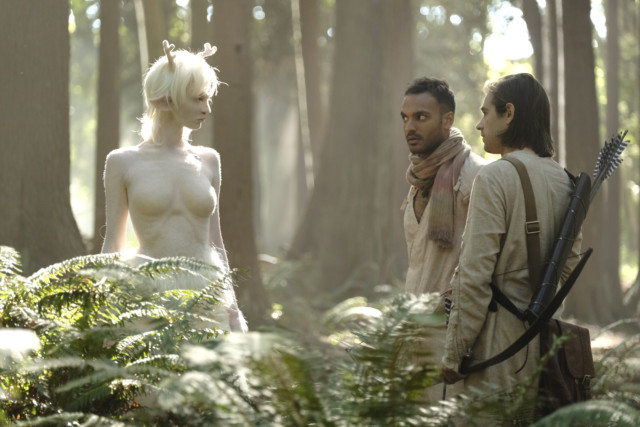 THE MAGICIANS — “The Flying Forest” Episode 204 (Photo by: Eike Schroter/Syfy)

KRYPTON and HAPPY! will join a rich 2017-18 lineup of original scripted series on SYFY, including sci-fi drama THE EXPANSE and fantasy series THE MAGICIANS, both greenlit for third seasons for 2018; time travel thriller 12 MONKEYS, greenlit for third and fourth seasons for 2017 and 2018; KILLJOYS, which returns for its third season in Summer 2017; and the CHANNEL ZERO horror anthology, which will return in October 2017 for its second installment.

About SYFY
SYFY is a global, multiplatform media brand that gives science fiction fans of all kinds a universe to call home. Celebrating the genre in all its forms, SYFY super-serves passionate fans with original science fiction, fantasy, paranormal and superhero programming, live event coverage and imaginative digital and social content. The brand is powered by SYFY Wire (www.syfywire.com), the premier portal for breaking genre news, insight and commentary. SYFY is a network of NBCUniversal, one of the world’s leading media and entertainment companies. NBCUniversal is a subsidiary of Comcast Corporation.

About Universal Cable Productions
Universal Cable Productions (UCP) creates innovative and critically acclaimed original scripted and digital content across media platforms for domestic and international distribution. In the U.S., UCP’s programming can be seen across various networks including the Emmy and Golden Globe award-winning drama “Mr. Robot,” “Colony,” “Falling Water,” “Playing House,” “Shooter,” “The Sinner” and “Suits” on USA Network; “12 Monkeys,” “Killjoys” and “The Magicians” on Syfy; “Girlfriends’ Guide To Divorce” and “Imposters” on Bravo; “The Arrangement” and “The Royals” on E!; “Difficult People” on Hulu; and “HarmonQuest” on Seeso. UCP’s content library includes critic and fan favorites such as the Emmy-award winning “Monk” as well as “Psych” and “Battlestar Galactica.” Universal Cable Productions is a part of NBCUniversal Cable Entertainment, a division of NBCUniversal, one of the world’s leading media and entertainment companies. Follow us @UCPisTV.

About DC Entertainment
DC Entertainment, home to iconic brands DC (Superman, Batman, Green Lantern, Wonder Woman, The Flash, etc.), Vertigo (Sandman, Fables, etc.) and MAD, is the creative division charged with strategically integrating across Warner Bros. and Time Warner. DC Entertainment works in concert with many key Warner Bros. divisions to unleash its stories and characters across all media, including but not limited to film, television, consumer products, home entertainment, and interactive games. Publishing thousands of comic books, graphic novels and magazines each year, DC Entertainment is one of the largest English-language publishers of comics in the world.