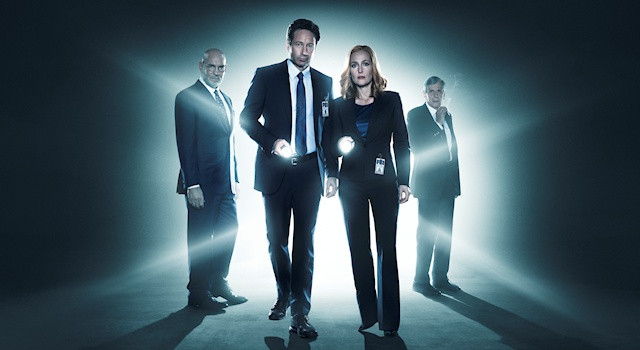 If, like most of us, you can only just barely wait until The X-Files event series premieres on Sunday, January 24, you’re in luck; Fox has released the first minute. But here’s a lovely thing for those sad, sad people who never watched the original series: FIRST MINUTE SPOILER ALERT The first minute of the event series consists of Fox Mulder (David Duchovny) giving a concise, one-minute overview of the series.  Now, everyone can be cool!

The extra bit of good news is that there are tabs on the website for not only minute one, but apparently minutes two and three as well . . .

FOX e-Alert: THE X-FILES: Watch the First Minute of the all-new Event Series THE X-FILES and X-plore the X-citing New Microsite! THE X-FILES Premieres Jan. 24 on FOX!

13 YEARS AFTER THE ORIGINAL SERIES RUN,

THE TRUTH IS STILL OUT THERE…

AND WATCH THE FIRST MINUTE OF 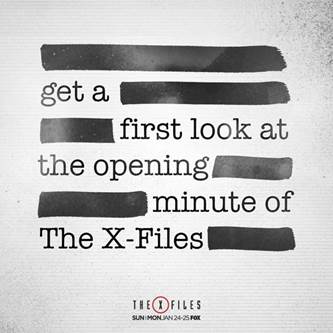 Share what YOU believe, using #TheXFiles,
and find out what everyone else is saying.

Also, don’t forget to download a photo of yourself with #TheXFiles…
And you’ll get back proof of your solidarity with Mulder…
which you can share on all your social networks!