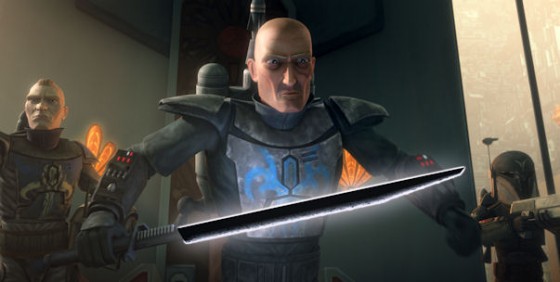 Star Wars: The Clone Wars is amongst the most beautifully animated of any currently on the air. From stills to giant fighting scenes, it is impeccable to watch. Add in the fact that the stories are complex and there are some terrific voice actors involved, and you have an excellent series that has earned its upcoming fifth season.

Here’s a first look trailer upon which we may feast our eyes; it looks like things are really heating up on more than one front:

Come on, that animation is astounding. And as you can see, the storylines aren’t exactly Scooby Doo. It’s an excellent show, and we cannot wait for Season 5.

Star Wars: The Clone Wars will return with Season 5 later this year on Cartoon Network.