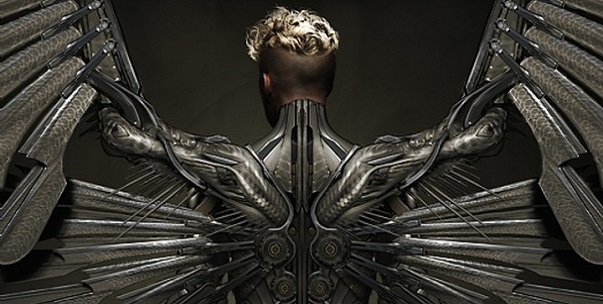 X-Men: Apocalypse director Bryan Singer has revealed concept images of Ben Hardy as Archangel and they look as deadly as longtime X-Men fans would come to expect.

In the comics, Apocalypse captures the X-Man Angel and transforms him into one of his four Horsemen–Death–by subjecting Angel to torture and techno-organic technology that rewrites his DNA and replaces his angelic wings with a set comprised hundreds of razor-sharp blades that not only are able to dismember, but “feathers” that also function as deadly projectiles. The transformation makes him a little cranky for a while, but the X-Men eventually find a way to reach their friend so that he can help them overthrow the immortal Apocalypse and later take on the call sign Archangel.

When Archangel first came on the scene in 1988 he looked a little ridiculous, dressed in a blue and magenta suit and wings that looked like a shattered mirror glued together by a 5-year-old. This concept looks more like the work of H.R. Giger, which works nicely as a visual representation of Apocalypse’s techno-organic technology. 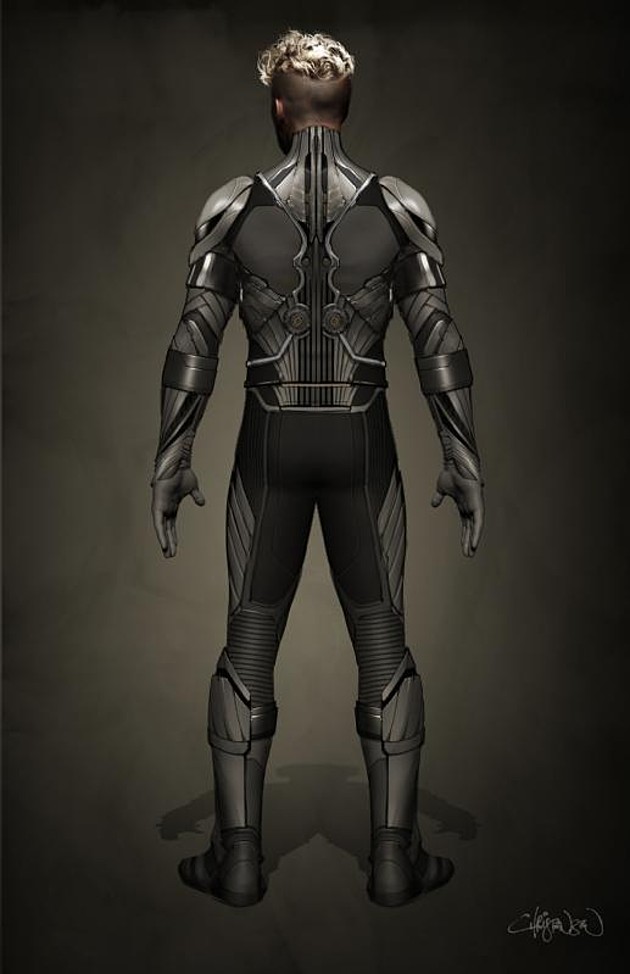 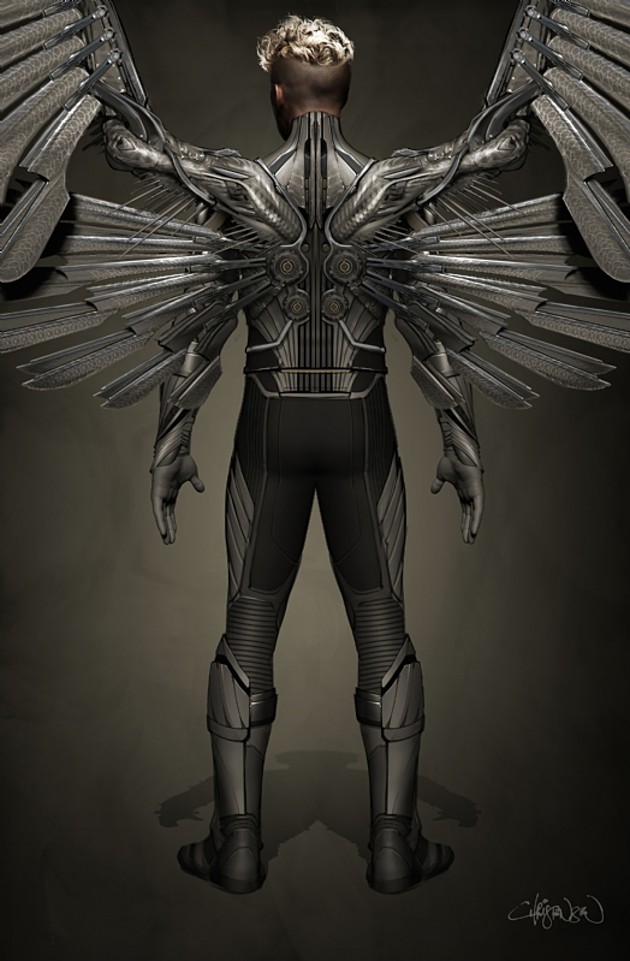