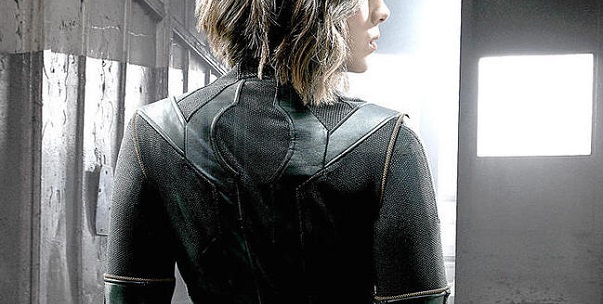 Chloe Bennett is getting a new look this season in Marvel’s Agent’s of SHIELD. Marvel and ABC have released promotional images of Skye a.k.a. Daisy Johnson for Season 3 and she’s seen wearing the trademark Quake gauntlets that allow her to manipulate her seismic abilities in more precise ways.

The look is more in line with Quake’s comic book roots, and costume designer Ann Foley commented that many of the costumes will mature to reflect SHIELD’s more militaristic evolution over last season.

At the end of season one with the fall of SHIELD, you see a shift in the costumes — we went a little darker. Then by the time we pick up with the team in Season 2, everyone had definitely grown up and you saw a shift in the way that they were dressing. Everyone just had to grow up. With the events at the end of Season 2 now, you’re going to see another shift, and the costumes will reflect a shift for everybody. 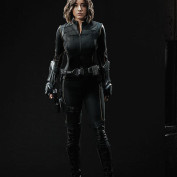 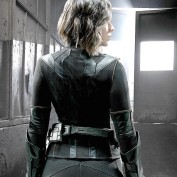 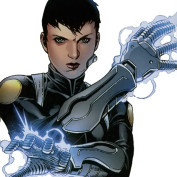 In the Season 2 finale, Daisy/Skye/WhatDoWeEvenCallHerNow? is tasked with the mission to build a team of powered agents for SHIELD, and it’s pretty cool that she’s going to adopt her superhero identity this season to get the job done. On the other hand, I hope they don’t dive too deep into Superhero territory. I like that A0S is a show about humans dealing with the reality of superpowered beings.