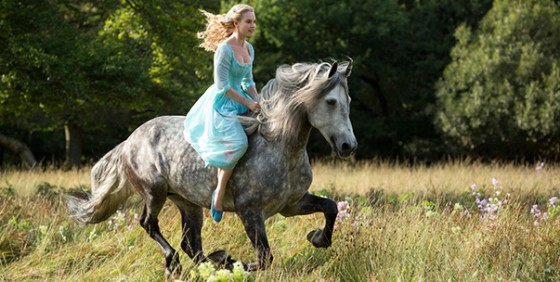 We’ve been reporting on the amazing cast that has joined Cinderella, and now we get our first official look. Lily James, who is best known for her role in Downton Abbey, is shown here riding a horse through what looks like a meadow, in her title role as Cinderella. Kenneth Branaugh is directing her for the live action Disney movie that has just started filming in London.

She will be know as “Ella” until her step-family dubs her Cinderella according to THR. I can’t wait to get a look at the other cast members’ costumes. Especially Helena Bonham Carter as the fairy godmother, Cate Blanchett as the stepmother and Richard Madden as the prince.