Fingers Crossed: Netflix in Talks to Pick Up TERRA NOVA 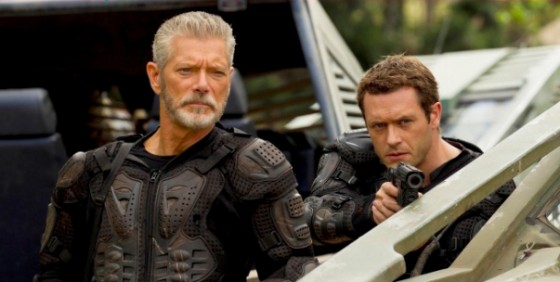 We reported to you earlier this week the unfortunate news that time travel dino series Terra Nova has been canceled by Fox, but that 20th Television would be looking for a new home for its internationally popular show. Clearly one of the biggest obstacles will be the cost of producing the series, given all of the computer generated post production work required, and the fact that it shoots on location in Australia.

We therefore greet with hope the news broken last night by Deadline that subscription streaming service Netflix is considering picking up the series. Terra Nova is one of those shows that picked up a huge number of viewers when DVR watching was included in the calculations, so a streaming service would seem to be a good fit.

Netflix has already picked up one network-canceled show, Arrested Development, so there is a glimmer of hope, although it is only at the “talking” level; no one has yet entered formal negotiations. We’ll keep our fingers crossed, and we’ll keep you posted.