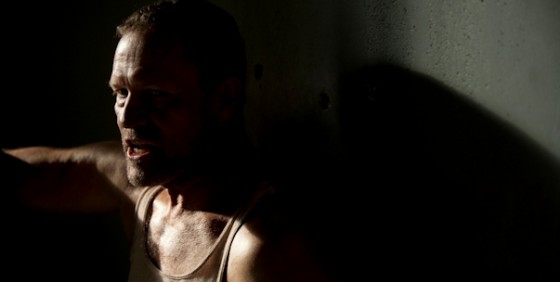 Oh Merle. There are several other screen shots I could have used for this week’s The Walking Dead picture but I just couldn’t bring myself to, plus I didn’t want to spoil, for those who lag. But oh Merle. And oh Darryl. It was like watching a puppy cry. Like watching Hurley cry. But with this week’s season finale, might it get even harder? Grab your hankies, kids.

This week’s “Inside the Episode” featurette is of course primarily and rightfully about Merle. The “Making Of” featurette focuses on the Merle and Daryl scene, and the “Talked About” scene is indeed a Merle clip, starting with him sitting in the car with the radio blasting, ending with the Governor taking the shot.

We also have a Talking Dead highlights featurette with guests Greg Nicotero, David Morrissey, Michael Rooker, and Reggie Watts. The clip for the season finale is a thoughtful and somber one, so I’ve added in a fun bit at the end. Prepare for the end:

Featurette: The Walking Dead – Inside Episode 315 This Sorrowful Life


Featurette: The Walking Dead – The Making of Episode 315 This Sorrowful Life


Clip: The Walking Dead – Episode 316 Welcome to the Tombs
http://youtu.be/ta6n_zEQHJw

Wow, I wonder if Carl is going to be shaving when we see him again in the fall for Season 4…

But we can’t leave you all sullen and maudlin. Here’s something to lighten the mood: