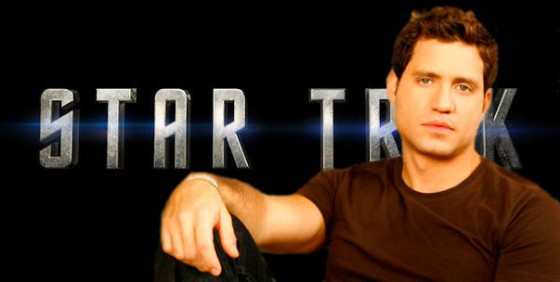 Just the other day, we brought you the news when negotiations with Benicio Del Toro to join the cast of the Star Trek sequel fell apart, and actor Peter Weller (RoboCop, Fringe, Dexter)  joined the cast of director J.J. Abrams as yet Untitled Star Trek sequel in a role that was being kept secret right now but, much like the recently cast Alice Eve‘s character, was said to be new to Trek canon.

Now, Variety reports that Edgar Ramirez (Wrath of the Titans) is being eyed, along with Jordi Molla (Columbiana) to portray the villain in the follow-up to the 2009 blockbuster. Both Abrams and Paramount Pictures have denied that the villain for the film would be Khan Noonien Singh, as has been reported by numerous outlets over the last week.

In addition to these new possibilities for the villain, EW recently spoke with Peter Weller‘s agent, who revealed what role Weller would be portraying in the film:

“Of course J.J. Abrams is very tight-lipped about his projects but I do know that it’s a substantial role and that Peter is playing a C.E.O.”