DCC 2012: John de Lancie Takes You From Star Trek to My Little Pony 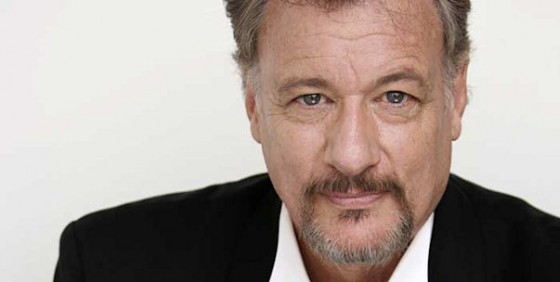 What does My Little Pony have in common with Star Trek? Let me share with you this most interesting moment during Sir Patrick Stewart and John de Lancie’s Q&A panel at Dallas Comic Con this past weekend. John de Lancie spoke about how Gene Roddenberry’s notion for a better future for mankind in Star Trek loosely related to 2011’s My Little Pony: Friendship is Magic, where he voiced the antagonist, Discord.

“I ended up doing a cartoon show called My Little Pony. (crowd cheers) Didn’t know anything about it. I looked at the material. It was really good. I went there and knocked off a couple of [lines]. Completely forgot about it. (pauses) And then all of the sudden about four months later, I’m inundated about My Little Pony.

I go, ‘What?’ DISCORD! ‘What?’ and I turned to my wife and asked her what they were talking about. She said, “Well, you did a My Little Pony thing.’ And this was my first step into a world that I have become quite fascinated with.

And the reason why I’ve become quite fascinated with it is this: It’s not My Little Pony, it is Friendship Is Magic and it purports interesting enough, a better future. And I went ‘Oh, very interesting!’ It has a fan base which are the ages of my sons [in their 20s]. And as I’m going further into it, I feel like I’m at the beginning of a really important fan base made up of people who are interested in music, who are interested in art, who are interested in doing good, and being good in a world which seems to, I don’t know about you people but as far as I’m concerned, has sort of gone crazy in terms of how mean people have gotten. So I am delighted.

When I came into Star Trek with Patrick, the Star Trek fan base had already been established. I feel like I’m at the beginning and watching of a new fan base and I want to invite you who are Trek fans to embrace Friendship Is Magic fans because I discovered that we all have a lot in common.”

Here is an excerpt of de Lancie’s performance as Discord in My Little Pony: Friendship is Magic:

Consequently, de Lancie has been fascinated by the fan response to his appearance on My Little Pony and particularly by “Bronies” (pronounced Bro-nies) or My Little Pony fans. Along with Michael Brockhoff, director Laurent Malaquais and consulting producer Andrew Brockert, de Lancie has launched a campaign to fund a documentary on Bronies, titled Bronycon: The Documentary, via Kickstarter .com. With a closing date of June 10, 2012, the project has already received pledges exceeding its goal of $60,000.