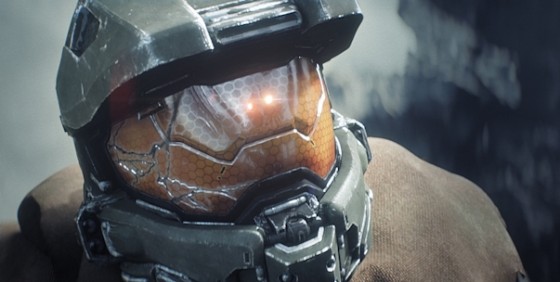 On the eve of the release of the much anticipated Halo: Initiation, Dark Horse Comics has announced that it will be publishing a new ongoing series, Halo: Escalation, starting in December. Here’s the full press release from Dark Horse.

This news comes prior to next month’s release of the first issue of the highly anticipated miniseries Halo: Initiation. 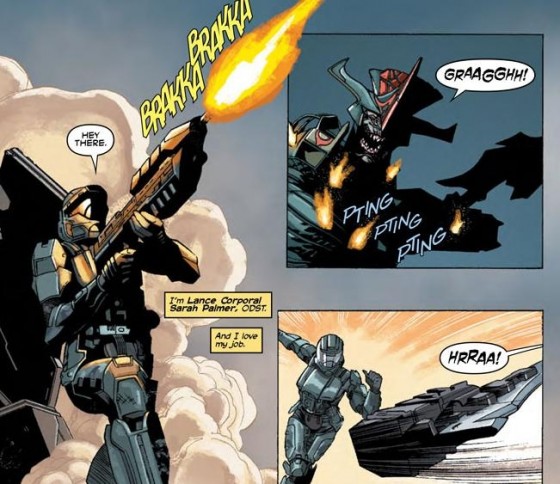 While the first miniseries ties directly into Microsoft’s Halo: Spartan Assault video game, Halo: Escalation will spin directly out of the events of Halo 4. The series begins when the UNSC Infinity is assigned escort duty for a diplomatic mission between the Arbiter and the Brutes, but has to fend off an attack meant to thwart the negotiations. Featuring Captain Lasky, Spartan Palmer, and a cast of recognizable characters, this ongoing series is poised to be essential reading for fans in search of new story lines set within the canon of the Halo universe!

Much like other Dark Horse video game tie-in titles that are written by the games’ writers, Halo will be written by Halo 4 lead writer Chris Schlerf, with Omar Francia (Mass Effect, Star Wars: Legacy) handling art for the first three issues, and with covers by Anthony Palumbo (Dragon Age).

“There are many, many more stories we want to tell in the Halo universe than we’d ever be able to explore solely through the games,” said writer Chris Schlerf. “Having the chance to see those adventures come to life on a monthly basis feels like the ultimate realization of an awful lot of dreaming on our part.”

The first issue of Halo: Escalation arrives in stores on December 11, 2013!

Halo: Initiation and Halo: Escalation will be Dark Horse‘s first go at the Halo franchise. Previously, Marvel Comics held the publishing rights and released several mini-series based off of the mega-successful Xbox games. Keep your eyes peeled for more Halo news in the future.