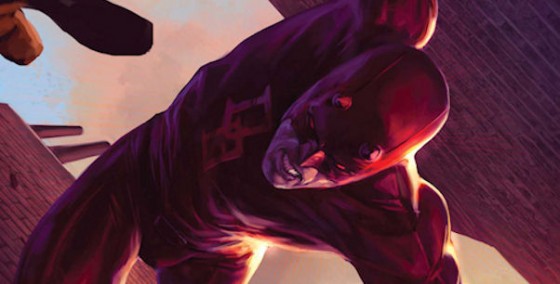 Just last week, we brought you the news when it was reported that 20th Century Fox was looking to hire Joe Carnahan (The Grey) to helm their forthcoming Daredevil reboot, which is being penned by David James Kelly, who is reportedly adapting Frank Miller and David Mazzucchelli’s Born Again storyline for the film.

Within that story, there was also a rumor about Marvel Studios and Fox working on  a trade-off, which would give Fox more time to make Daredevil (because the studio’s rights expire in October) in exchange for returning some of it’s character’s movie rights back to Marvel. Characters reportedly being considered were Galactus and the Silver Surfer from the Fantastic Four universe.

Then, we brought you an update to that report that stated that the rumored talks talks between the studios were about no such thing, and Fox was actually “lukewarm” on the prospect of making a Daredevil film at all, and certainly wouldn’t give up key villains from the Fantastic Four franchise in return.

In-fact, the current talks were said to be about Fox being ready to let [Daredevil] revert to Disney-owned Marvel.

Director Joe Carnahan took to Twitter just a couple of days ago and stated,

“I think my idea for a certain retro, red-suited, Serpico-styled superhero went up in smoke today kids.”

The director followed that with,

“Guys. To clarify. DD pitch was tremendous and everyone flipped for it. The clock ticked down at Fox, that’s why it went tits up.”

And, he posted the following sizzle reels for his vision of Daredevil:

Fox’s film rights to the character expire on October 10th, and if the studio doesn’t have a film in production by that time, the rights to “The Man without Fear” will revert to Marvel Studios.