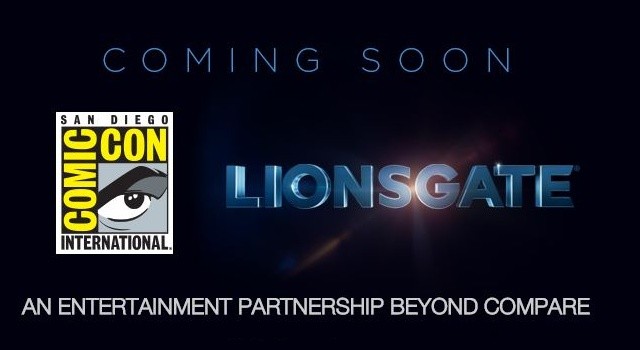 This could be some of the best news to come out of Comic-Con in a long time: a Comic-Con On Demand channel. While we’re still not sure what it will actually all mean (although happily they say it won’t be limited to content from Lionsgate, in case you were wondering), it is definitely encouraging. Here’s the full release:

SANTA MONICA and SAN DIEGO, Calif., April 9, 2015 /PRNewswire/ — As part of its ongoing commitment to deliver branded content to online audiences around the world, Lionsgate (NYSE: LGF) has partnered with Comic-Con International: San Diego on a subscription video-on-demand service that will launch later this year, the two companies announced today.

The new service will launch with a broad portfolio of content including original short-form content created exclusively for the channel’s subscribers, films and television series from Lionsgate and other studios designed to appeal to the diverse interests of Comic-Con‘s fan base as well as exclusive archived footage from Comic-Con‘s 45-year history. As part of the new channel, the two companies will also work closely to make the Comic-Con International Independent Film Festival (CCI-IFF) a 365-day-a-year online event.

Last year 17 of the top 20 North American box office blockbusters had a presence at the Comic-Con Convention along with iconic television series such as The Walking Dead and American Horror Story. Comic-Con International has grown from 300 attendees in the basement of San Diego’s U.S. Grant Hotel in 1970 to well over 130,000 fans from around the world last year, marking its evolution into a staple of popular culture and the longest-running comics and popular arts convention in America. Badges for this year’s Comic-Con sold out in 60 minutes.

“We’re thrilled that the biggest pop culture event of the year will become a year-round digital channel for Comic-Con fans and audiences around the world,” said Lionsgate President of Worldwide Television & Digital Distribution Jim Packer. “The fan base for the kind of films and television series showcased at Comic-Con has grown exponentially, and a subscription video-on-demand service is the ideal platform to capture the magic and excitement of the Comic-Con experience year-round as well as the perfect vehicle for Comic-Con fans to discover new content.”

Reflecting the tremendous interest in the diverse roster of comics, films and television series showcased at Comic-Con International each year, the two companies plan to roll out the new service beginning with the U.S. later this year.

“From the beginning of our discussions, nearly two years ago, we have been extremely impressed with Lionsgate‘s embracing and understanding of fan culture,” said Comic-Con‘s Director of Marketing and Public Relations David Glanzer. “Working with our Lionsgate partners has been an exciting exercise in finding great ways to expand our horizons to deliver the unique magic of Comic-Con and the celebration of comics and popular art to our fans 24 hours a day, 365 days a year and around the world.”

“As a next generation studio, Lionsgate has grown up with Comic-Con, and their fans are our audiences,” said Lionsgate President of Interactive Ventures & Games Peter Levin. “We’re excited by the opportunity to expand and enrich the world of Comic-Con for existing fans and extend it to a whole new global audience with a channel distinguished by its imaginative curation, depth and diversity of content and fierce loyalty to the Comic-Con brand.”

The new Comic-Con International channel is the third streaming service to be launched or announced by Lionsgate as the Company continues to build its suite of online platforms to deliver content directly to consumers. Lionsgate also recently launched the Lionsgate Entertainment World platform with the Alibaba Group in China and has announced the planned launch this summer of Tribeca Shortlist, a subscription video-on-demand service for film aficionados in partnership with Tribeca Enterprises.

Fans may visit http://comic-con.org/ondemand to become the first to learn details about the new service.

Lionsgate is a premier next generation global content leader with a strong and diversified presence in motion picture production and distribution, television programming and syndication, home entertainment, digital distribution, channel platforms and international distribution and sales. The Company currently has more than 30 television shows on over 20 different networks spanning its primetime production, distribution and syndication businesses, including such critically-acclaimed hits as the multiple Emmy Award-winning Mad Men and Nurse Jackie, the comedy Anger Management, the broadcast network series Nashville, the syndication success The Wendy Williams Show, the critically-acclaimed hit series Orange is the New Black and new series such as The Royals, Manhattan, Deadbeat, Casual and Chasing Life.

Its feature film business has been fueled by such recent successes as the blockbuster first three installments of The Hunger Games franchise, the first two installments of the Divergent franchise, Now You See Me, John Wick, Warm Bodies, CBS Films/Lionsgate’s The DUFF, Roadside Attractions’ A Most Wanted Man, Lionsgate/Codeblack Films’ Addicted and Pantelion Films’ Instructions Not Included, the highest-grossing Spanish-language film ever released in the U.S.

Lionsgate’s home entertainment business is an industry leader in box office-to-DVD and box office-to-VOD revenue conversion rates. Lionsgate handles a prestigious and prolific library of approximately 16,000 motion picture and television titles that is an important source of recurring revenue and serves as the foundation for the growth of the Company’s core businesses. The Lionsgate and Summit brands remain synonymous with original, daring, quality entertainment in markets around the world. www.lionsgate.com

Comic-Con International (CCI) is a nonprofit educational organization dedicated to creating awareness of, and appreciation for, comics and related popular artforms, primarily through the presentation of conventions and events that celebrate the historic and ongoing contribution of comics to art and culture. In addition to its San Diego convention each summer (the world’s largest comics convention of its kind), CCI organizes WonderCon each spring. On the web: Comic-Con.org, Facebook.com/comiccon, Twitter.com/comic_con.