Comic-Con Panel Highlights for SUPERNATURAL, THE 100, THE VAMPIRE DIARIES, and THE ORIGINALS 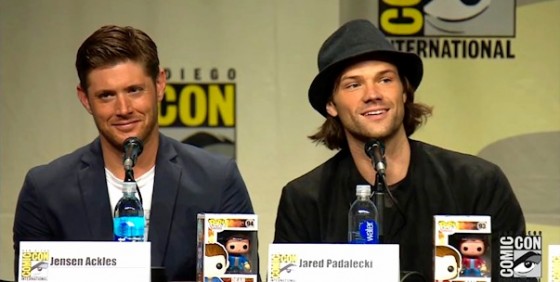 I loved the Supernatural panel at Comic-Con‘s Hall H this year, so when I saw that The CW had released a highlights featurette that’s only two minutes long, I couldn’t imagine how they could distill it down like that. And yet, it turns out that they did a terrific job. They included the snippets that have the most bearing on what’s to come in the new season.

I’m expecting, therefore, that the highlights featurettes for The Vampire Diaries, The Originals, and The 100 do the same; I know they’re all great, and give us some interesting insights. Check ’em all out: