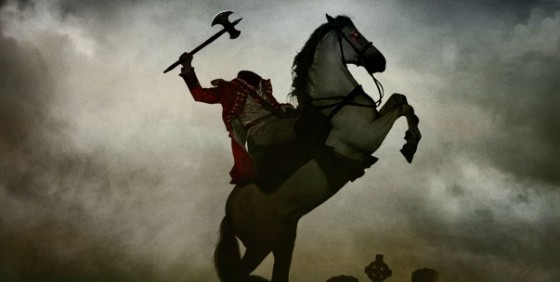 Sleepy Hollow. Ichabod Crane. The Headless Horseman. Set in current times. You’re just gonna have to trust me on this; it is SO GOOD. You’ll get a glimpse of one of the reasons why in these featurettes from Comic-Con: it’s the cast chemistry. Leads Tom Mison and Nicole Beharie are charming here; they are mesmerizing in the pilot. Check ’em out:


I’ll be posting my advance review shortly before the series premieres, but really, just plan on watching. Really. In fact, you might get to see it early; Fox is having a contest for early screening in three cities. Here are the details – it’s easy!

PROVE YOUR TOWN IS ANYTHING BUT SLEEPY…

FOX and Eventful are giving fans in three winning cities that Demand it! the most, an advance screening of FOX’s thrilling, new mystery-adventure drama series SLEEPY HOLLOW. FOX is putting the power in the hands of the fans to Demand it! and win an exclusive free screening of SLEEPY HOLLOW anywhere in the country before it premieres Monday, Sept. 16 (9:00-10:00 PM ET/PT) on FOX.

SLEEPY HOLLOW fans can vote for their cities online NOW at http://demandsleepyhollow.com. In the three cities that receive the highest online vote tally by Monday, Aug. 19 at 5:00 PM PT, FOX will host a free advance screening of SLEEPY HOLLOW at a local theater. Any city in the country has a chance to make it to the Top Three!

A modern-day twist on Washington Irving’s classic, SLEEPY HOLLOW follows ICHABOD CRANE (Tom Mison, “Salmon Fishing in the Yemen”), who is resurrected and pulled two and a half centuries through time to unravel a mystery that dates all the way back to the founding fathers. To save the enigmatic town of Sleepy Hollow – and the world – from unprecedented evil, Ichabod pairs up with Det. ABBIE MILLS (Nicole Beharie, “Shame,” American Violet”), a young cop whose own supernatural experiences help the two form an unlikely bond.