COMIC-CON 2011: The Latest on TV and Movie Panels and Screenings 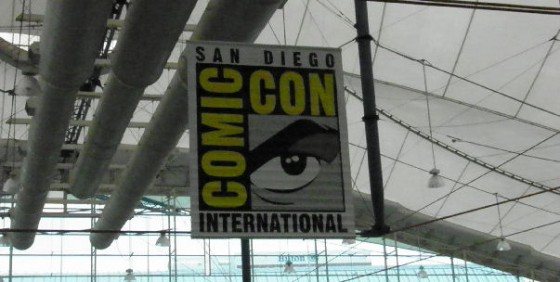 Yes, it’s The Most Wonderful Time of the Year. In less than five weeks, all of geekdom (who were able to secure tickets) will be descending upon the San Diego Convention Center for a mass celebration of the wonder that is Comic-Con. The internet has been all a-flutter about which movies and television series will have a presence there this year. Studios have been leaking out scraps of information, but Comic-Con itself doesn’t usually release the schedule until about two weeks before the event.

Even then, things have been known to change right up until the week of the event. Those of us who packed the room for Terra Nova last year were more than a little irked that it had been pulled at the last minute, to be replaced by Teen Wolf. Lucky for us (and for the panel), we were pleasantly surprised with the substitute presentation.

Nevertheless, here we go. Thanks to Seat 42F and IGN for the setup and for breaking the news on many of these entries. There are now so many shows that don’t really fall into the sci-fi/fantasy/horror/comic genres (the Comic-Con banners downtown say “Celebrating the Popular Arts”) that I’ve highlighted all those that actually do, and included information about those panels if it’s available.

MOVIES THAT WILL HAVE A PRESENCE AT 2011 COMIC CON : NO DATE

SHOWS THAT WILL NOT HAVE A PRESENCE AT 2011 COMIC CON

MOVIES THAT WILL NOT HAVE A PRESENCE AT 2011 COMIC CON

We’ll keep you posted as the schedule mutates.