Colin Ferguson Returns to HAVEN, Darkside Seekers On Their Way 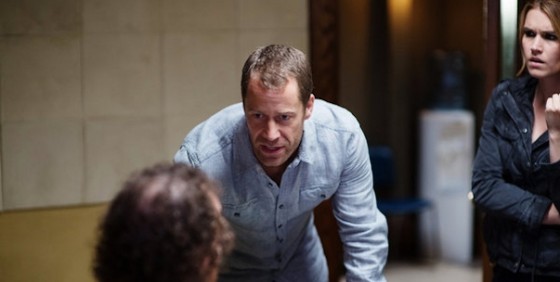 You didn’t really think we’d seen the last of Colin Ferguson on Haven, did you? The mysterious William returns tonight, so maybe we’ll start getting some answers about those nasty bad men from inside the barn and that handprint that keeps showing up.

And they aren’t the only visitors to Haven. Remember when the also-myterious “Darkside Seekers” took over the Haven Twitter account before the season began? We’re finally going to be seeing them onscreen in two weeks, on the 22nd. 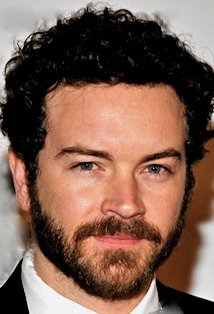 In the cross-over episode, titled “A Shot in the Dark,” Haven’s season-long social media storyline makes the jump to the small screen when the Darkside Seekers, a duo of paranormal investigators who star in their own low-budget TV reality show, pay the town of Haven a visit to investigate reports of a murder victim missing a heart. The Darkside Seekers are on a mission to expose Haven’s secrets after hearing numerous tales about the Troubles and the strange, hushed up occurrences that have been plaguing the town for years.

Masterson portrays “Anderson Harris,” one half of the Darkside Seekers team. He’s the man behind the camera – more comfortable tinkering with the equipment than with the idea of seeing a ghost. Anderson may be skeptical about the paranormal, but nothing stops him from keeping the cameras rolling if there’s even a remote chance of capturing evidence of the supernatural on tape. 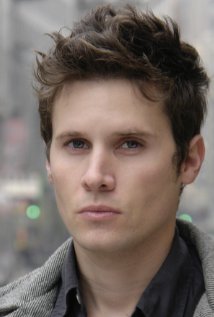 Lemche plays “Seth Byrne,” the host of the Darkside Seekers TV show. Seth is a true believer who has dedicated his life to the search for absolute proof of the supernatural. Feisty, funny and fearless, he refuses to let anyone – no matter how intimidating or official – stand in the way of the truth he seeks to reveal.

The company’s comprehensive network extends around the globe including Canada, the US, the UK, Ireland, Spain, Australia, New Zealand, Benelux, France, Germany, Scandinavia, South Africa and South Korea. Through established Entertainment and Distribution divisions, the company provides extensive expertise in film distribution, television and music production, family programming and merchandising and licensing. Its current rights library is exploited across all media formats and includes more than 35,000 film and television titles, 2,800 hours of television programming and 45,000 music tracks. http://www.entertainmentonegroup.com/

Universal Networks International, the international channels division of NBCUniversal, is one of the world’s premier entertainment portfolios, delivering quality content and compelling brands to over 176 territories across Europe, the Middle East, Africa, Latin America and Asia Pacific. The brands in the portfolio include Universal Channel, Syfy, 13th Street, Studio Universal, E! Entertainment Television, The Style Network, DIVA Universal, Telemundo and Golf Channel. These unique brands deliver a full range of entertainment experiences to local audiences across the globe.

Universal Networks International also operates Movies 24 and has a controlling interest in the KidsCo joint venture. Further, NBCUniversal News Group, one of the most influential and respected portfolios of on-air and digital news properties in the world, operate CNBC and NBC News internationally.

Syfy is a media destination for imagination-based entertainment. With year round acclaimed original series, events, blockbuster movies, classic science fiction and fantasy programming, a dynamic Web site (www.Syfy.com (http://www.syfy.com/)), and a portfolio of adjacent business (Syfy Ventures), Syfy is a passport to limitless possibilities. Originally launched in 1992 as SCI FI Channel, and currently in more than 98 million homes, Syfy is a network of NBCUniversal, one of the world’s leading media and entertainment companies. NBCUniversal is owned by Comcast Corporation. (Syfy. Imagine greater.)