Classic Doctors And More Reunite in DOCTOR WHO: THE FIVE(ISH) DOCTORS REBOOT 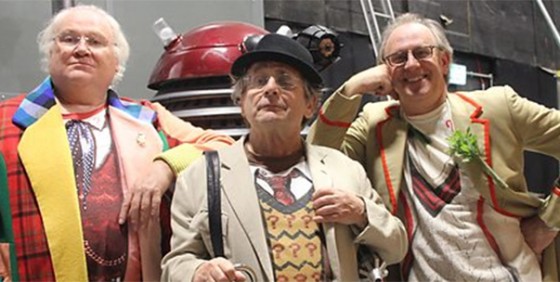 I don’t know about you, but my television was tuned to Doctor Who all weekend. From marathons to specials, I thoroughly enjoyed the build up to the 50th anniversary special episode, The Day of the Doctor, that aired on Saturday.

While it was pretty widely understood that not all the doctors would be appearing in the episode we did hear rumors that some of the classics were kicking up a stink about not getting the call to join in the episode and you can see how that all worked out in the short film, The Five(ish) Doctors Reboot.


Short Film: Doctor Who: The Day of the Doctor: The Five(ish) Doctors Reboot