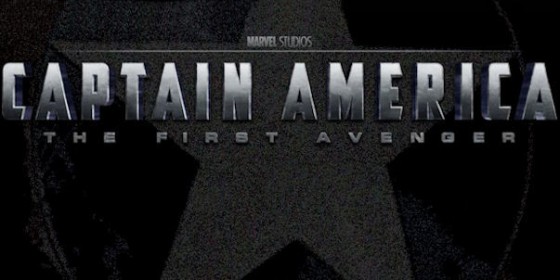 Last month, we got a look at the first official images of Chris Evans (as Steve Rogers/Captain America), Haley Atwell (as Peggy Carter), Hugo Weaving (as Johann Schmidt, a.k.a. The Red Skull), Stanley Tucci (as Doctor Abraham Erskine) and Richard Armitage (as Heinz Kruger) from the Joe Johnston directed, Captain America: The First Avenger.

Cap himself, recently spoke with Wizard Magazine and talked about the film, the fans, The Avengers and more. Check it out below! 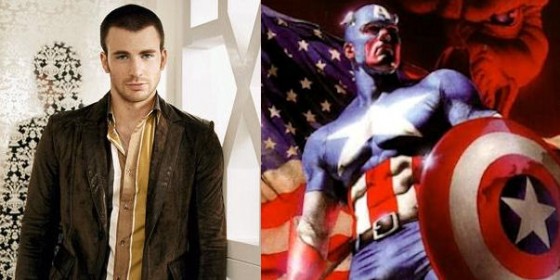 Comic book fans are particularly protective of Captain America. He is after all supposed to be the physical and moral pinnacle of humanity. Does that shield feel heavy under all that pressure?

Chris Evans: As far as the physicality goes, that comes from the serum, and I think special effects will help me carry the load. As far as who he is as a man, the reason he’s chosen for this experiment is because he has a pure heart. It’s the morality, the nobility. He’s a real redeeming character to play, it’s exciting to think of playing him. I actually have a friend of mine who I’m modeling the character after. This guy is actually an Eagle Scout, he’s one of those guys who stayed in the Boy Scouts all the way until he was 18. He’s just a good human being. He does the right things, he’s open, he’s honest, he’s sincere, he’s selfless. It’s something that I think everyone aspires to. A lot of time I play characters who don’t have any redeeming quality [Laughing].

Besides Captain America, you also played the Human Torch in Fantastic Four, and The Losers is also based on a comic; have you had any close encounters with rabid fans?

Chris Evans: It’s great so far, They’re so enthusiastic. They want the product [to be] as good as you want the project to be. These guys live and die for it. It reminds you why you make these movies. These people want it to be good so desperately, that you so desperately want to give them what they’re looking for. The last time at WonderCon, we were in the middle of an interview, and I had to run to the bathroom. I raced around the corner and I threw open the bathroom door and as I was walked in, I literally bumped right into a Stormtrooper. It was the funniest thing in the world. He just washed his hands, and he picked up his helmet and blaster. It was awesome. I just laughed the whole time I was in the bathroom.

But when the casting was announced, there was positive and negative reaction. Did you keep an eye on the comments?

Chris Evans: I can understand if fans are wondering. That’s okay. I’m obviously taking their concerns to consideration, but I can’t get too swept into it, otherwise I’ll start beating myself up and losing my confidence.

What is it knowing your going to go from a huge blockbuster like Captain America to an even more mammoth blockbuster in The Avengers?

Chris Evans: When I was deciding whether or not to jump on board on Captain America, that certainly came into consideration. Well if I do Captain America, in a few months, I’m going to get to work with Robert Downey Jr. and Samuel L. Jackson and all these amazing actors. That’s a dream. But I’m trying not to get ahead of myself.

Before The Avengers you worked on ensembles with The Losers and Fantastic Four. How do you function as part of a team?

Chris Evans: It’s just nice having a group of people to prepare with and rehearse with and come to set every day and bounce things off of. it’s always nicer to play a back and forth game when you’re trying to act.

The Losers looked like it was a physically intense shoot. Did you get a chance to do any of your own stunts?

Chris Evans: There was one scene when my character does this Parkour thing up a building and I thought great, I’ve always wanted to mess around with that. The stunt guy showed me a little video of it right when I got to Puerto Rico, kind of the idea of what he was thinking. I said, this is great, let me know when we’re going to shoot this and I’ll give this a whirl. We got to that day and I was stretching and I was all ready: I got my little pads on. I walked on to the set, and I said, “Okay can the stuntman just show me what he’s doing just once.” And then the stuntman just scaled up this building-and I said, “Okay I’ll be in my trailer. Good luck guys, I’m going to have nothing to do with that. I don’t know who the hell thought I was thinking I could touch my toes a few times and then go out there and scale a building.

Danny Boyle, who directed you in 2007’s Sunshine, said that you were an incredibly under-appreciated talent. But do you feel that’s about to change with Captain America and The Avengers?

Chris Evans: I am definitely optimistic about the films that are coming out. I think it’s no secret that I’ve been a part of a few films that have missed the mark. And it’s upsetting when that happens. It’s upsetting working as hard as you can in your respective field given the fact that a film has all these difference creative elements to it and you can only do so much with what you are expected to do. And it’s a disappointment when a film comes out and it’s not what you hoped it would be. There’s really no formula: I’ve seen a lot of movies that I would have gladly walked out of the theater that made hundreds of millions of dollars at the box office.