Check out the Trailer for PERCY JACKSON: SEA OF MONSTERS 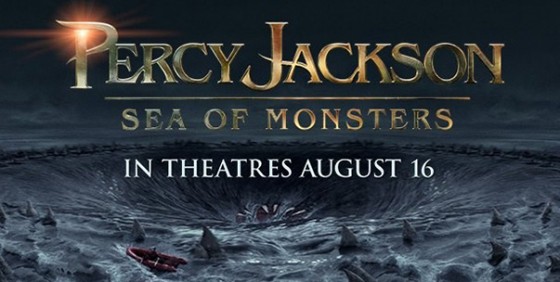 This Summer we can expect a fun movie for the whole family in Percy Jackson: Sea of Monsters which is the sequel Percy Jackson and the Lightning Thief, both of which are books by Rick Riordan. While this maybe one of those times when I haven’t actually read the books that inspire the movies, Nathan Fillion (Hermes) is an easy sell for a good time at the movies.

In this retelling of Rick Riordan’s book, “The Sea of Monsters“, Percy Jackson, accompanied by his friends Annabeth Chase, Clarisse La Rue and Tyson, his half brother, goes on a journey to the Sea of Monsters to retrieve the Golden Fleece and save Camp Half-Blood.

It does just really look like a good time. It looks like it makes fun of itself in all the right places and the cool effects looks fun. I’m looking forward to it.