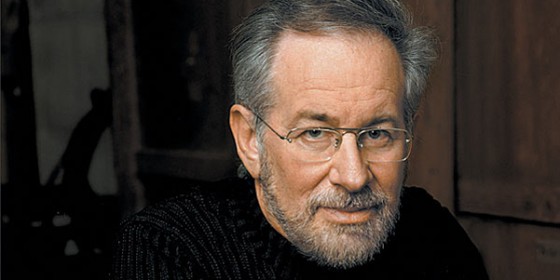 It’s always good news when a proposed Our Kind of Show doesn’t have to go through the whole pilot process, waiting to see if it gets picked up to series. I hate waiting. The latest Our Kind of Show to be picked up directly to series is Extant, which is being produced by Steven Spielberg and Amblin Television, which didn’t hurt its chances.

As you may recall, last year Spielberg and Amblin had another show picked up directly to series, Under the Dome, and that has been quite the winner for the company.

It also was a big plus for CBS, according to Deadline, that it’s the network of Under the Dome, when Spielberg and Amblin were shopping Extant to the networks. CBS apparently suggested that Extant could be paired with the Stephen King adaptation to form a Steven Spielberg night. I think we’ll all be good with that.

Here are the details on the new series:

August 7, 2013, Studio City, Calif. – CBS has given a straight-to-series order for 13 episodes of EXTANT, a serialized drama from Steven Spielberg’s Amblin Television and CBS Television Studios. The series will be broadcast during summer 2014.

EXTANT is a futuristic thriller about a female astronaut trying to reconnect with her family when she returns after a year in outer space. Her experiences lead to events that ultimately will change the course of human history.

“EXTANT is a very original concept with layers of humanity, mystery and surprise that reveal itself throughout the script,” said Nina Tassler, President of CBS Entertainment. “Our partnership with Amblin for UNDER THE DOME showed that viewers respond to high-quality event programming in the summer. We look forward to building on that with EXTANT and offering CBS audiences another high-concept, unique event for summer television.”

EXTANT is a co-production of CBS Television Studios and Amblin Television. Steven Spielberg, Greg Walker, Mickey Fisher, who wrote the script, Brooklyn Weaver, Justin Falvey and Darryl Frank will serve as executive producers. The series will be distributed domestically by CBS Television Distribution and worldwide by CBS Studios International.

CBS Corporation (NYSE: CBS.A and CBS) is a mass media company that creates and distributes industry-leading content across a variety of platforms to audiences around the world. The Company has businesses with origins that date back to the dawn of the broadcasting age as well as new ventures that operate on the leading edge of media. CBS owns the most-watched television network in the U.S. and one of the world’s largest libraries of entertainment content, making its brand – “the Eye” – one of the most recognized in business. The Company’s operations span virtually every field of media and entertainment, including cable, publishing, radio, local TV, film, outdoor advertising, and interactive and socially responsible media. CBS’s businesses include CBS Television Network, The CW (a joint venture between CBS Corporation and Warner Bros. Entertainment), Showtime Networks, CBS Sports Network, TVGN (a joint venture between CBS Corporation and Lionsgate), Smithsonian Networks, Simon & Schuster, CBS Television Stations, CBS Radio, CBS Outdoor, CBS Television Studios, CBS Global Distribution Group (CBS Studios International and CBS Television Distribution), CBS Interactive, CBS Consumer Products, CBS Home Entertainment, CBS Films and CBS EcoMedia. For more information, go to www.cbscorporation.com.

In addition to EXTANT, Amblin/DreamWorks Television produces four series at four networks: summer hit UNDER THE DOME at CBS, which was just picked up for its second season; FALLING SKIES for TNT, which was just picked up for its fourth season; THE AMERICANS for FX, which starts production on its second season in the Fall; and LUCKY 7 for ABC, which is currently in production on its first season to premiere in the fall. Amblin Television is Steven Spielberg’s television company which is run by Co-Presidents Justin Falvey and Darryl Frank, who have been with Amblin/Dreamworks for 18 years.