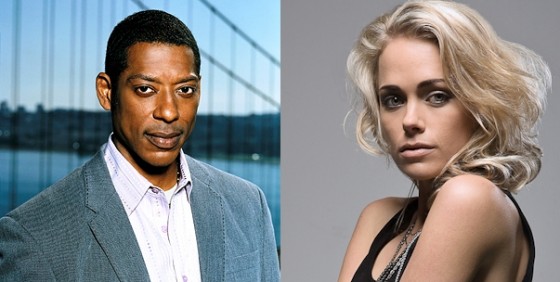 The news we shared with you back in July – JULY! – that Fox had picked up an Alex Kurtzman & Roberto Orci (Fringe, Star Trek) project was great. The fact that it was to be a modern-day setting of The Legend of Sleepy Hollow was even better. That it was a “put pilot” commitment, meaning that Fox would pay substantial penalties if the pilot isn’t aired, was the best yet. But since then we’ve just been waiting, and waiting…

It was announced again in January that the pilot was picked up, which, hello, we already knew. So, not actually “news”. They did add a logline: “A modern-day supernatural thriller based on the legend of Sleepy Hollow.” We pretty much knew that too.

But finally, FINALLY, there is some news to report – casting has begun for Sleepy Hollow. I’m breathing a big sigh of relief here, because I was starting to waver ever so slightly in my faith that this pilot would actually be produced. And as ever, once casting begins, we all learn a bit about the characters, and therefore about the show.

THR is reporting that Orlando Jones and Katia Winter have kicked off what is expected to be a number of casting confirmations for the pilot. Jones (MadTV and countless others) will be playing Lt. Frank Williams, “the sternly professional detective transferred to Sleepy Hollow to investigate a double homicide.” Winter (Dexter) will be playing Ichabod Crane’s wife, a nurse with the 37th Regiment in the Revolutionary War.

Wait, what? Yes, that’s right kids, this pilot will have a time travel element! Apparently the script explains that Ichabod (I’m still seeing that Disney version in my head, how about you?) is a captain in the Revolutionary War (okay, the Disney version just went “poof”) who had been a history professor (a professor! where?!) and who “finds himself catapulted to present day Sleepy Hollow, where he’s indicted for the murder of a police officer and forced to prove not only his innocence but make a wary detective believe he’s a traveler from the 18th century.”

The snarky remarks about this premise are flying around in my head, but one, summarizing a show in one line never does the show a service; two, I’m not in that writer’s room so fortunately the actual writers will not be limited by my clearly hampered imagination; and three, it’s Orci and Kurtzman, so enough said. I can’t wait to see what they will do with this.

There’s no indication yet if time travel will continue and if others will be coming in to the future, or if there will be any back-and-forthing, or what if any other “supernatural” aspects will be incorporated.

We will definitely keep you posted on the progress of this one.