Casting Announced for DOCTOR WHO Christmas Special, Plus This Week’s Pics and Clips

We have much Doctor Who news to share with you today, beyond the gorgeous 16-disc Blu-ray set we mentioned earlier. Because today, BBC One has announced many pertinent bits of info about this year’s Doctor Who Christmas special, including but not limited to some excellent casting. We also have pics and clips and more from this week’s new episode, so … hmm, no 12th Doctor catch phrase yet! All right, then, dig in: 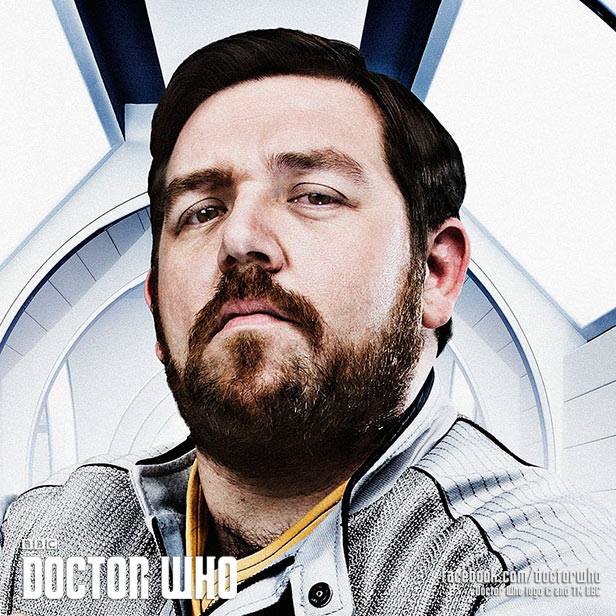 Nick Frost to Guest Star in Doctor Who Christmas Special

Production on 2014’s Doctor Who Christmas episode has begun, with a host of British acting talent set to appear. The Christmas Special, a cracker of a highlight in the festive season’s schedule, will air this Christmas on BBC One and promises to be an action-packed, unmissable adventure.

Nick Frost, actor and screenwriter, has starred in numerous hit film and television roles, including Spaced, The World’s End, Shaun of The Dead, Hot Fuzz, Cuban Fury and Paul, which he also wrote.

Nick comments: “I’m so thrilled to have been asked to guest in the Doctor Who Christmas Special, I’m such a fan of the show. The read-through was very difficult for me; I wanted to keep stuffing my fingers into my ears and scream ‘No spoilers!’ Every day on set I’ve had to silence my internal fan-boy squeals!”

Michael Troughton (Breathless, The New Statesman), who has recently returned to acting, will follow in his father’s footsteps by appearing in Doctor Who. His father, Patrick Troughton, played the second incarnation of the Doctor.

Steven Moffat, lead writer and executive producer, says: “Frost at Christmas – it just makes sense! I worked with Nick on the Tintin movie many years ago and it’s a real pleasure to lure him back to television for a ride on the TARDIS.”

The Doctor Who Christmas Special will air on BBC One. Written by Steven Moffat and directed by Paul Wilmshurst (Strike Back, Combat Kids), it will be shot in Cardiff at BBC Wales Roath Lock Studios.

Sorry, no synopsis yet. We in the states are expecting that BBC America will once again air the Christmas Special on Christmas Day, as it has for the last several years, just as we are expecting it to, as always, be one of the best Christmas presents of the year.

As for this week’s episode, ‘Time Heist,’ it has the unlucky placement of following one of the best episodes of Doctor Who ever, last week’s ‘Listen,’ but it’s still bound to be great, because it’s Doctor Who. Here are the synopsis, pics, clips, and TV spot for your preparation, or your recollection, depending on when you read this post.

Time Heist
Season 8 | Episode 5 | Original Airdate: September 20th, 2014 | 9:00PM
The Doctor turns bank robber when he is given a task he cannot refuse: steal from the most dangerous bank in the cosmos. With the help of a beautiful shape-shifter and cyber-augmented gamer, the Doctor and Clara must fight their way past deadly security and come face to face with the fearsome Teller, a creature of terrifying power that can detect guilt… 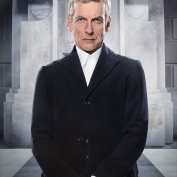 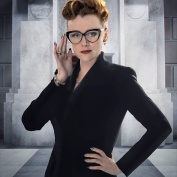 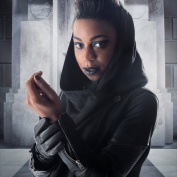 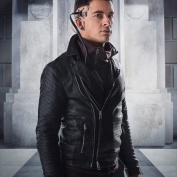 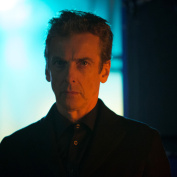 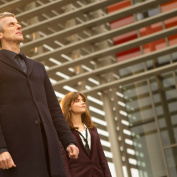 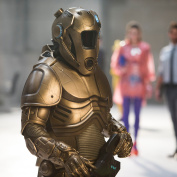 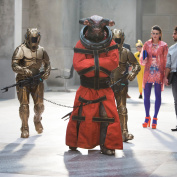 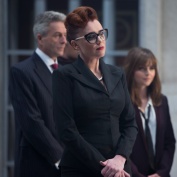 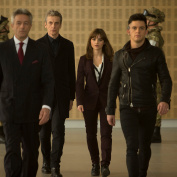 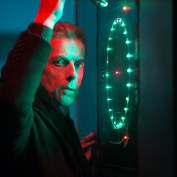 
Clip: Doctor Who – 805 Sneak Peak: The Doctor and Clara Prepare to Rob the Bank


And just in case you missed it, be sure to check out that Eleventh Doctor Blu-ray set here.