Is it just me, or does time pass in an entirely different manner during the month of December? It’s already almost the actual time for this week’s WMD Radio and WMD Radio After Dark live broadcasts, THANK GOODNESS. Join me in taking a break from the madness that is December to hear what the guys have to say about the latest in pop culture and the best in comics. Here’s what’s coming at us tonight: 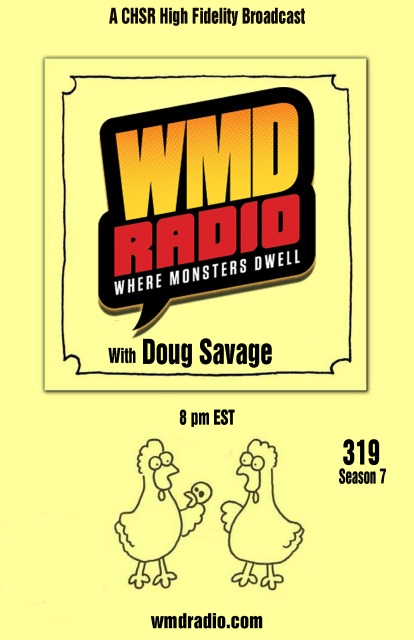 This week on WMD Radio we welcome Doug Savage to the program. Doug is a cartoonist and the creator of the comic series, Savage Chickens.

Doug started drawing chickens back in 2004 when migraines forced him to leave the corporate world and focus full time on his true passion. Today he has 7 books under his belt.

Tune in to hear how Doug went from 9 to 5, to the creator of his own comic series.

WMD Radio is brought to you by Strange Adventures and Club Fred Grafx. 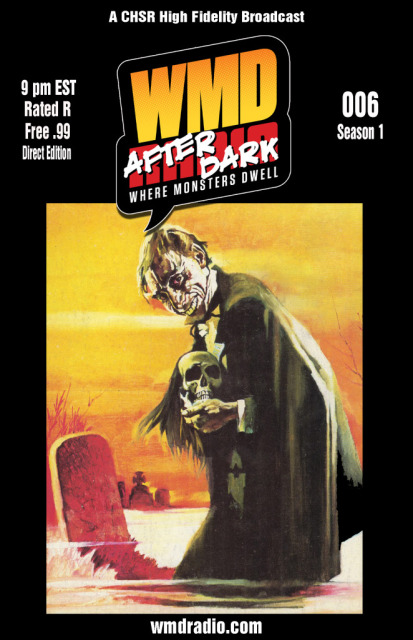 Once again Redshirt Ryan attempts to impose a grueling 30 minutes of order on the After Dark panel, and this week we welcome Erin Fellows back to the studio!

Join us at 9PM EST / 10PM AST on CHSR 97.9FM and afterdark.wmdradio.com as we discuss the pop culture issues of the past week…and Ryan tries to stop us.

Listen tonight to WMD Radio live at 8/7c on WMDRadio.com!

And don’t miss WMD After Dark live at 9/8c on AfterDark.WMDRadio.com!

If you can’t make it, you’ll have to wait a few days, but the guys are cool enough to post the shows as downloads on the sites. Thanks, guys!