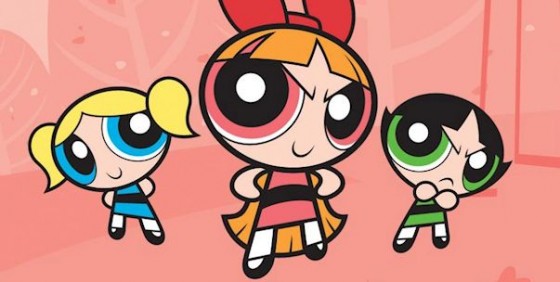 It’s been nearly a year since we told you that Cartoon Network had announced a “brand-new, redesigned and re-imagined CG” Powerpuff Girls special as part of its 2013 lineup. Well it turns out they were only off on the date by a month, because today Cartoon Network announced that “Dance Pantsed”, the title for The Powerpuff Girls special, has been set for January 20, 2014, and that a five hour marathon of the girls’ previous adventures would air the day before.

“Redesigned and reimagined CG” makes me nervous, but the fact that the original voice actors have returned makes me very very happy. Here are the details, which include seemingly everything but the all-important screenshot; I guess we’ll have to keep waiting for those visuals.

The Girls Are Back In Townsville!

“Sugar, Spice and Everything Nice…plus a dash of mysterious Chemical X” were the essential ingredients that created Blossom, Bubbles and Buttercup—also known as The Powerpuff Girls. This groundbreaking and Emmy®-winning series, created by Craig McCracken, recently celebrated its 15-year anniversary on Cartoon Network and will soar again as a brand-new, redesigned and re-imagined CG special where the trio of pint-sized super heroines will be called upon to rescue not just the city of Townsville, but the world, all before bedtime! “Dance Pantsed” is set to premiere in the U.S. on Monday, January 20 at 7:30 p.m. (ET/PT) on Cartoon Network and will roll-out internationally beginning in February. The special features the original voice cast reprising their roles: Catherine Cavadini as Blossom, Tara Strong as Bubbles, E.G. Daily as Buttercup, Roger L. Jackson as Mojo Jojo, Tom Kane as The Professor and Tom Kenny as The Mayor with a special guest appearance by Beatles legend Ringo Starr as Fibonacci Sequins, Townsville’s most famous flamboyant mathematician. In addition, Ringo Starr performs an original music video and song “I Wish I Was A Powerpuff Girl.”

In “Dance Pantsed,” why is Mojo Jojo kidnapping a mathematician, an opera singer and a badger? To steal Chemical X, of course, and to finally take over Townsville. But when the Powerpuff Girls thwart his plan, he invents an evil video game called “Dance Pants R-EVILution” to control their minds and bodies to fulfill his evil plot! The Professor must visit his dark dancing past to save his girls so they can save all of Townsville!

Leading-up to the premiere of “Dance Pantsed,” Cartoon Network is showcasing ten classic episodes of The Powerpuff Girls for a five-hour marathon on Sunday, January 19 beginning at 12 p.m. (ET/PT). Can’t get enough of The Powerpuff Girls? Fans will also enjoy an all-new mobile game launching January 2014. Players can become their favorite Powerpuff Girl and play through action-packed levels, fight hordes of evil robots and unlock power upgrades to defeat Mojo Jojo.

Cartoon Network (CartoonNetwork.com) is regularly the #1 U.S. television network in prime among boys 6-11 & 9-14. Currently seen in 99 million U.S. homes and 194 countries around the world, Cartoon Network is Turner Broadcasting System, Inc.’s ad-supported cable service now available in HD offering the best in original, acquired and classic entertainment for kids and families. In addition to Emmy-winning original programming and industry-leading digital apps and online games, Cartoon Network embraces key social issues affecting families with solution-oriented initiatives such as Stop Bullying: Speak Up and the Move It Movement.

Turner Broadcasting System, Inc., a Time Warner company, creates and programs branded news, entertainment, animation and young adult media environments on television and other platforms for consumers around the world.