Carlton Cuse’s THE RETURNED Gets Series Order from A&E 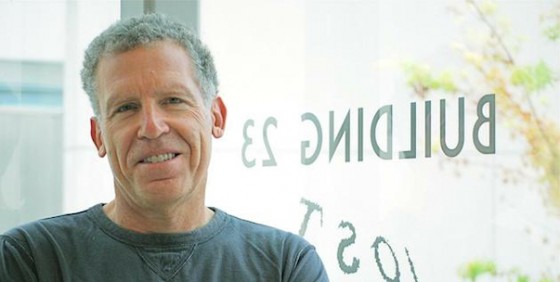 We’ve been telling you about the proposed American remake of the very excellent French series The Returned (Les Revenants) which the Sundance Channel has aired, not to be confused with ABC’s Resurrection which is based on a different book entitled The Returned. The hope was that Carlton Cuse would be involved, though that hadn’t been confirmed.

Apparently the man likes to keep busy. Most of us know Carlton Cuse as the co-showrunner of Lost, and may have known about him from his other shows, like the Bruce Campbell-starrer The Adventures of Briscoe County Jr., Nash Bridges, and oh yeah, Bates Motel, where he is currently showrunner. Not to mention his showrunner work on the upcoming Guillermo del Toro vampire infection series The Strain.

Kids, I am so looking forward to this! Cuse is such a talented writer and showrunner, and the original material is so excellent, that I really can only just barely wait to see how it all turns out.

New York, NY—April 29, 2014—A&E Network has given the greenlight to ten episodes of the new original scripted drama series “The Returned,” a co-production of A+E Studios and FremantleMedia North America. Carlton Cuse (“Bates Motel”) wrote the first episode, and he and Raelle Tucker (“True Blood”) will write and executive produce the series. Casting will begin immediately. The announcement was made today by David McKillop, General Manager and Executive Vice President of A&E Network.

“The Returned” is based on the popular and International Emmy®-award winning French suspense series adapted by Fabrice Gobert and inspired by the feature film, Les Revenants, directed by Robin Campillo. “The Returned” focuses on a small town that is turned upside down when several local people, who have been long presumed dead suddenly reappear, bringing with them both positive and detrimental consequences. As families are reunited, the lives of those who were left behind are challenged on a physical and emotional level. Interpersonal relationships are examined with intrigue and depth as strange phenomena begin to occur.

“’The Returned’ has the potential to be one of the most compelling drama series on cable, thanks to phenomenal scripts written by Carlton and Raelle,” said McKillop. “We look forward to seeing their vision brought to life on screen.”

Commented Thom Beers, CEO, FremantleMedia North America, “‘Les Revenants’ has proven to be both a critical and commercial success worldwide and we couldn’t be more excited to partner with A&E on this adaptation. Carlton and Raelle, the creative forces behind such fantastic television as ‘Lost’ and ‘True Blood,’ are the perfect combination to bring this complicated and provocative family drama to US audiences.”

“The Returned” is co-produced by A+E Studios and FremantleMedia North America in association with Haut et Court TV SAS, the producer of the French series, for A&E Network. Executive producers are Carlton Cuse for Carlton Cuse Productions, Raelle Tucker for Angry Annie Productions and Thom Beers, Craig Cegielski and Stefanie Berk for FremantleMedia North America. FremantleMedia will distribute the series internationally, excluding the U.S. and Canada, which will be distributed by A+E Studios.

About A&E Network
Now reaching 100 million homes, A&E® is home to 100% original content that inspires and challenges audiences to BE ORIGINAL. A&E offers a diverse mix of high-quality, uniquely immersive entertainment ranging from the network’s original scripted series, including Bates Motel and Longmire™, to signature nonfiction franchises including Duck Dynasty®, Beyond Scared Straight and Storage Wars®. The A&E website is aetv.com. Follow us on Twitter at twitter.com/aetv and Facebook at facebook.com/AETV. For more press information and photography please visit us at press.aenetworks.com.

About FremantleMedia North America
FremantleMedia North America (FMNA) is the U.S. arm of global media giant FremantleMedia, which includes a distribution arm, FremantleMedia International, a digital and branded entertainment division and a kids & family entertainment business. As one of the world’s largest and most successful creators, producers and distributors of TV brands in the world, FremantleMedia’s comprehensive global network has operations in 25 countries, creating over 8500 hours of programming a year, rolling out more than 60 formats and managing over 400 individual titles. FMNA and its portfolio of companies, including Original Productions and 495 Productions, produce entertaining and innovative scripted and alternative programs for network, cable, syndicated and online platforms. Their slate includes a diverse range of both critically-acclaimed and award-winning successes including “American Idol,” “America’s Got Talent,” “Family Feud,” “Let’s Make A Deal,” “The Price Is Right,” “The Great Christmas Light Fight,” “The Tomorrow People,” “Deadliest Catch,” “Married to Medicine,” “Party Down South,” “Ice Road Truckers,” “Storage Wars” “The Pet Collective,” and the upcoming “Celebrity Name Game,” among others.