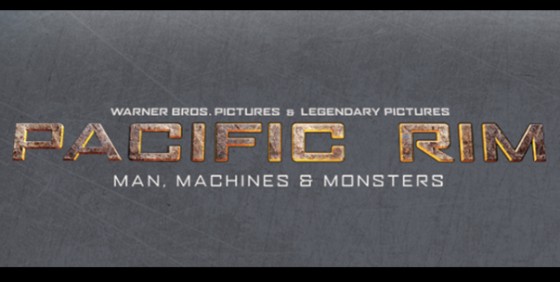 Nothing amazes me more than the hard work that goes into creating movie magic. The people who create works of art like the monster and machines of Guillermo del Toro’s Pacific Rim are nothing short of genius. Check out the book trailer and inside look featurette for for the book, Pacific Rim: Man, Machines & Monsters.


Honestly, the book looks awesome, but I WANT those posters. Here are the details of the book release.

The Inner Workings of an Epic Film

The film takes on humanity’s struggle to defend itself from a monstrous, otherworldly invasion. When legions of monstrous creatures, known as Kaiju, start rising from the sea, a war begins that will take millions of lives and consume humanity’s resources for years. To combat the giant Kaiju, a special weapon is devised: massive robots, called Jaegers, that are piloted by an international crew of soldiers in the Pan Pacific Defense Corps. But even the Jaegers prove nearly defenseless in the face of the relentless Kaiju. On the verge of defeat, two unlikely heroes—a washed-up former pilot and an untested trainee—team up to pilot a legendary but seemingly obsolete Jaeger on a mission to halt the mounting apocalypse.

Highlights of Pacific Rim: Man, Machines & Monsters include:
Lavish artwork
Detailed set photography
Revealing commentary from the film’s creative team
Unique insights into the battle-torn world of 2025 CE depicted in the movie
David S. Cohen has written for Variety for over a decade. He is the author of Screen Plays, a collection of his articles on Hollywood screenwriting published in Script magazine, and The Ballad of Rango. He lives in Los Angeles, California.

Insight Editions (www.insighteditions.com) is a publisher focused on creating superlative illustrated books on photography, music, and popular culture. Lavishly produced and visually stimulating, every volume from Insight is dedicated to the skillful interplay of word and image. The books produced are unique works that combine the highest quality print production values with time-honored traditions of publishing and rich subject matter. Elegant and informative, books from Insight showcase the best of art and photography in exquisite presentations of the bookmaker’s craft.