Book Review: Dawn of the Planet of the Apes: Firestorm 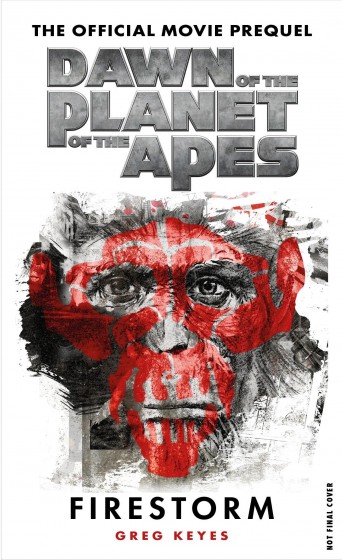 Synopsis:
The official movie prequel to the eagerly anticipated Dawn of the Planet of the Apes movie, scheduled for release in July 2014.

No Planet of the Apes fan should miss out on this original Apes story written by New York Times bestselling author Greg Keyes, whose previous works include the Star Wars: New Jedi Order novels Edge of Victory I: Conquest, Edge of Victory II: Rebirth, and The Final Prophecy.

I imagine that the story in this book will be retold quickly or via montage in the new film to give it a little back story, but I highly recommend that you check out this book and really dive into the world in greater detail.

The story follows several characters in San Francisco following the great ape escape at the end of the first movie. If you’ve been keeping up with the media being released for the upcoming sequel (see that here) you’ll know that humans are battling something called Simian Flu. Firestorm covers the outbreak from the perspective of an emergency room doctor and the city’s reaction as told from former police chief and mayoral candidate Dreyfus (as played by Gary Oldman in Dawn of the Planet of the Apes).

It also follows a group attempting to capture (or exterminate?) the apes that escaped to the national forests, which is particularly interesting to a couple of experts who note that these apes are acting completely outside of their character.

My favorite aspect of the book, though, is that a tremendous back story is given to Koba, the raggedy one-eyed chimpanzee who appeared in Rise of the Planet of the Apes, who so clearly went through terrible violence in his life.

The only downside is purely technical. I have an eagle eye for a lot of things but one of those things is not editing. So if I catch 4 instances of grammatical errors then there’s a good chance there are more. Do not let that deter you from getting this book. It’s a quick one or two day read, and a great companion to this film series.

I give Dawn of the Planet of the Apes: Firestorm Five Out of Five Stars.

Dawn of the Planet of the Apes: Firestorm is available from Amazon! Here’s a link!
[AMAZONPRODUCT=1783292253]