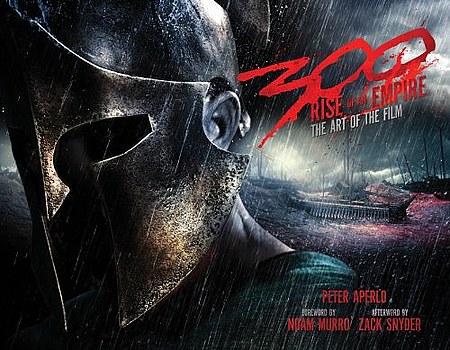 Synopsis:
The action adventure 300: Rise of an Empire is the highly anticipated follow-up to the 2007 international blockbuster 300.

Based on Frank Miller’s latest graphic novel Xerxes, 300: Rise of an Empire is produced by Gianni Nunnari, Mark Canton, Zack Snyder, Deborah Snyder and Bernie Goldmann, and directed by Noam Murro from a screenplay by Zack Snyder & Kurt Johnstad. Told in the breathtaking visual style of 300 this new chapter of the epic saga takes the action to a fresh battlefield–on the sea–as Greek general Themistokles (Sullivan Stapleton) attempts to unite all of Greece by leading the charge that will change the course of the war. 300: Rise of an Empire pits Themistokles against the massive invading Persian forces led by mortal-turned-god Xerxes (Rodrigo Santoro), and Artemisia (Eva Green), vengeful commander of the Persian navy.

When 300 came out, it was groundbreaking in visual imagery and we are easily treated to the same beautiful effect in 300: Rise of an Empire. Each character gets a devoted page or two to their glorious image and my favorite of course is Xerxes, because the die hard Lost fan in me is glad to see that Rodrigo Santoro has come so very far since his days as the dimwitted Paulo.

Following the character section, the book is devoted to battles and landscapes showing you the artistic process through quick drawn story boards and masterful concept art. The battle scenes include a few greenscreen photos where even some people were greened to assist in the effect.

300: Rise of an Empire: The Art of the Film is simply gorgeous and would easily be something you leave out for guests to marvel at, and if you’re a fan of the films then this book is a must have.

I give 300: Rise of an Empire: The Art of the Film Five Out of Five Stars.