Behind the Scenes Pic and Clip From GUARDIANS OF THE GALAXY

We’ve been so excited about the Guardians of the Galaxy, especially since the trailer released. Now we’ve got a great behind the scenes picture of Gamora (Zoe Saldana) and Nebula (Karen Gillan) in a fight scene rehearsal. That is followed up by a slightly extended look at the first scene from the trailer. So slight. But we’ll take it. 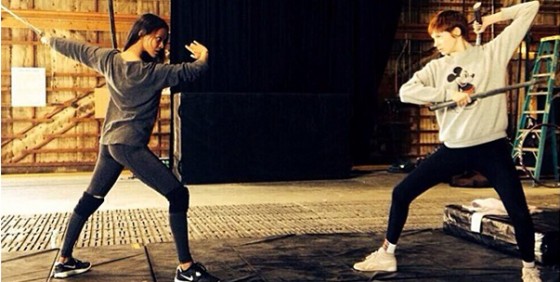