BATMAN VS SUPERMAN vs X-MEN: APOCALYPSE vs THE AMAZING SPIDER-MAN 3 Box Office Blowout 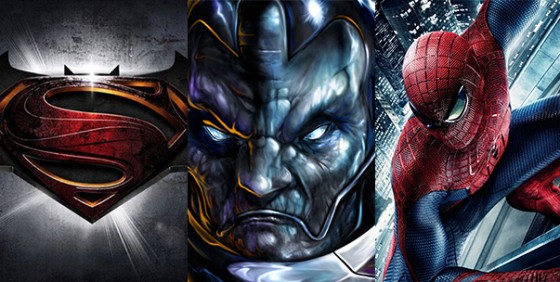 Late spring 2016 is starting to look not only a little crowded, but a little like superhero box office cage fight. X-Men: Apocalypse is set to release May 27th, 2016 and The Amazing Spider-Man 3 is also on the list for just a few weeks later on June 10th. Now Batman vs. Superman has been delayed from its June 26, 2015 date to be added to the 2016 box office smackdown.

According to Deadline, Batman vs. Superman will precede the other films, releasing on May 6, 2016, attempting to throw the first punch. Though I wouldn’t clear your schedules just yet. I imagine there is such a thing a too many superheroes for any one to see any decent box office numbers, so I think the probability is good that one or more will shift again. It’s a good ways off.

We’ll keep you posted on the latest for Batman vs. Superman, X-Men: Apocalypse, and The Amazing Spider-Man 3.