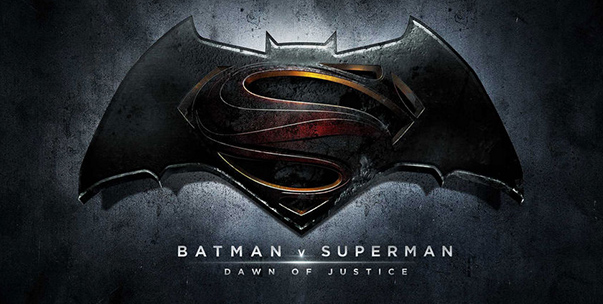 Here it is: the Batman v Superman: Dawn of Justice trailer. It features philosophical quandaries, Our first shot of Batman in color, and a line of dialogue at the end that is . . . well . . . just take a look.

It’s . . . heavy. Which I know a lot of people like, but it’s just not my thing. I like my superhero movies uplifting and earnest. I’m a funny comic book/movie fan. I think the heavier stuff works best in print while the more inspiring stuff belongs on screen. I grew up on Chris Reeves‘ Superman, but I’m a big fan of Batman books. The Complete Frank Miller Batman was one of my first comic books to ever read. It compiled both Year One and The Dark Knight Returns into one gorgeous, black leather-bound tome with silver etching on the edge of the pages. It was a Christmas present. I was 8 years old and my parents were totally clueless about what they were giving me.

As much as I love Frank Miller‘s take on the character, this movie is pulling the one element from that story that makes no sense in the context we have from this trailer. When I watched the trailer with my wife, she asked me, “So…why are they fighting?”

It’s a great question, actually. Why are they fighting aside from being a very indulgent moment of fan service? In the book, the “fight” between Batman and Superman takes place because Batman has become an outlaw. Superman, as an agent of the U.S. Government, is tasked with taking him down and in the ensuing conflict they air out a lot of lifelong tension that has surrounded their relationship. But here, they are strangers. From what we can tell from the trailer, Superman is caught up in a sort of unwanted deification that has people in a frenzy. Batman decides to suit up and fight him because…He feels compelled to show everyone Superman’s not a god?

I know that I’m wildly speculating here. The truth is that the film may actually deliver on a story that makes this scenario work, but this is the impression the trailer gives me: Batman wants to fight Superman because he’s old, feels insignificant, and needs an ego boost. It seems like the worst mid-life crisis ever.

On the plus side, the suit looks fantastic and I’m excited to see Affleck as Batman. And Eisenberg’s line about devils coming from the sky? Brilliant!